Tonight, as Barack Obama goes beyond his constitutional powers and announces the granting of a short-term amnesty program for anywhere from 4 to 6 million illegal aliens, it is worth noting he has done more to damage the effort to control who comes in to the country than any other president in recent history. He canceled the effort to build a security fence, he canceled the development of promising software that would track non-citizens who came in to the country, and he has deported fewer illegals than any president since Richard Nixon.

Starting with the fence on our southern border, the last time Obama was given authority to enact a border security bill, he changed it. The Secure Fence Act was introduced on Sep. 13, 2006 by Rep. Peter King (R-NY) and passed Congress on a bi-partisan basis. In the House of Representatives, the Fence Act passed 283 -138 on September 14, 2006. On September 29, 2006, the Fence Act passed in the Senate 80 -19.

The law’s goal was to help secure America’s borders to decrease illegal entry, drug trafficking, and security threats by building 700 miles of double-layered fencing along the Mexico-United States border. Additionally, the law authorized more vehicle barriers, checkpoints, and lighting as well as authorizing the Department of Homeland Security to increase the use of advanced technology such as cameras, satellites, and unmanned aerial vehicles to reinforce infrastructure at the border.

Of the almost 700 miles of fencing, DHS reports there are currently 36.3 miles have been built. The remainder of the border has been “protected” with vehicle barriers and single-layer pedestrian fencing, the kind of barriers that are designed to stop vehicles rather than people.

The design specifications vary, depending on geography and climate characteristics, but according to the Customs and Border Patrol website, those include “post on rail” steel set in concrete; steel picket-style fence set in concrete; vehicle bollards similar to those found around federal buildings; ‘Normandy; vehicle fence consisting of steel beams; and concrete jersey walls with steel mesh.

Obama has ignored what Congress intended. Those vehicle barriers can be easily hopped by any small child or balding, overweight blogger. If Obama didn’t build this fence, what makes people believe he will enact any of the border security elements of the Gang of Eight bill for example?

Then there is the issue of people overstaying their visas. We are in a war against radical Islamists who will use any way possible to sneak into the U.S. to execute a terrorist act. The man who drove the van containing explosives into the World Trade Center garage in 1993 was a student visa holder who was a no-show at school. The terrorist who flew a plane into the Pentagon also was a visa no-show. People who overstay their visa or come in on a student visa but don’t go to school are a potential threat to the life and limb of legal American residents and citizens.

The fact this visa issue has not been fixed is astounding. Incredibly over a decade ago a system was developed to screen who comes in to the country but the ACLU-types objected and the Obama administration cancelled it.  As explained by Michelle Malkin:

The concept of a national security entry-exit screening database is at least 10 years old. It’s an idea that was sabotaged by the progressive soft-on-security ideologues with whom [Marco] Rubio has recklessly partnered.

In the immediate aftermath of the 9/11 terrorist attacks, the Bush administration created NSEERS, the National Security Entry-Exit Registration System. Administered and championed by Justice Department constitutional lawyer, immigration enforcement expert and now-Kansas Secretary of State Kris Kobach, NSEERS stopped at least 330 known foreign criminals and three known terrorists who had attempted to come into the country at certain official ports of entry.

NSEERS required higher scrutiny and common-sense registration requirements for individuals from jihad-friendly countries including Afghanistan, Indonesia, Iran, Iraq, Jordan, Libya, Pakistan, Saudi Arabia, Somalia, Syria and Yemen, as well as other at-risk countries. The basic components included a more rigorous application process in light of the shoddy visa questionnaires and undetected overstays of the 9/11 hijackers; 30 extra minutes of interviewing at ports of entry; a digital fingerprint check and in-person registration after they arrived in the interior of the country; and verification of departure once they exited.

When the Obama administration took over, it indefinitely suspended the NSEERS pilot program because this president believes in open borders — and the progressive-led Congress did nothing.

Malkin explained that six times over the past 18 years a computer system to track foreigners who comes and out of the country has been mandated by Congress but was relegated to the cutting room floor along with the double fence.

And this president says he cares about border security.

President Obama claims he has strong record of deporting illegals. Many of the people pushing for Obama to act alone point to this fact as one reason why the president needs to grant amnesty.

Jessica Vaughn, a writer at the Center for Immigration Studies, provided the real numbers for Obama’s first term in December 2013. Under Obama ICE juiced its numbers by counting people caught at the border and immediately returned as deportations, which had not been done in prior years. (Border Patrol deportations are usually counted as “returns”.) So ICE’s deportation record was as valid as Obama’s promise people would be able to keep their insurance.

“Because the Obama administration has blurred the lines of which agencies can take credit for deportations, the only fair way to assess their performance is to count all deportations done by all the DHS agencies. These are reported every year in the DHS Yearbook of Immigration Statistics in Table 39, which shows the number of ‘removals’ and ‘returns’ by all immigration enforcement agencies going back to 1927.”

Taking a look at “Avg Annual Deportations,” because different presidents served terms of different lengths, the actual “Deporter-in-Chief” was Bill Clinton. In fact the last president who deported at a slower rate than Obama was Richard Nixon (the 2013 numbers will be available in a month, some time in Dec. 2014).

This president is lying when he says he cares about securing our borders. We need to seal our borders and soon, not only the southern border but the northern one also. Heck, Mexico which is a border-line failed nation controls who comes into the country. Marine Sgt. Andrew Tahmooressi made a wrong turn and accidentally crossed the border into Mexico; he was in a  Mexican jail for 214 days. The United States on the other hand has no idea who is coming in, out, or staying in the country.

According to the “social contract” between governments and their populace, the number one job of a government is to protect its citizens. The failure to seal the border is a major failure of our government. And if (when) there is another 9/11 on our shores. the blame will sit squarely on the heads of those Republican and Democratic progressives who ignore the safety of Americans, who compromise on security.

Protecting the borders of this country should be the number one domestic issue above everything else. Minimum wage, jobs, energy — none of it matters if your safety is in jeopardy. But this president doesn’t care about border security; he cares only about securing the Latino vote.

Cartoon of the Day: Poisoning the well
Next Post
Video: #Unconstitutional 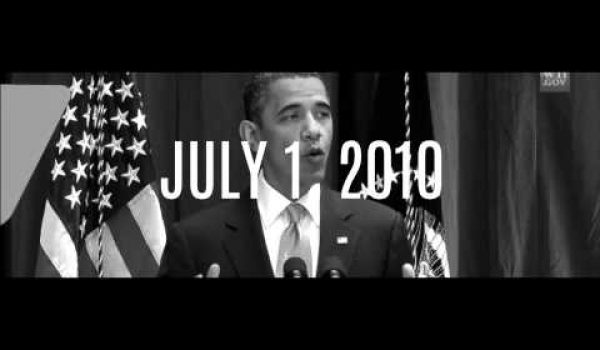