Earlier this week we covered the case of the lawyer for the Los Angeles Unified School District who won a lawsuit filed by the family of a 14-year-old girl who had sex with a 28-year-old teacher. The lawyer argued that despite her young age, the girl was mature enough to consent to sex with her teacher. On Friday, the lawyer’s firm which had been representing the school district for over 20 years was fired by because of the way they handled the case and for the insensitive interview the attorney gave to radio station KPPC:

The jury ultimately found in favor of the LAUSD, accepting the district’s argument that it had no knowledge of the relationship and could not be held liable, according to KPCC.

The trial victory spared the cash-strapped district a potentially pricey verdict, but news of the trial strategy and remarks by … Wyatt that crossing the street was more dangerous than deciding to have sex with a teacher drew criticism.

“Mr. Wyatt’s comments yesterday were completely inappropriate, and they undermine the spirit of the environment we strive to offer our students every day,” Dave Holmquist, general counsel for the school district, said in a statement. “Our deepest apologies go out to the young woman and her family, who were hurt by the insensitive remarks of Mr. Wyatt.”

Elkis Hermida, a teacher at Thomas Edison Middle School, was convicted of lewd acts against a child and sentenced in July 2011 to three years in state prison.

KCAL reporter Kara Finnstrom spoke to attorney Holly Boyer, who filed the appeal for the child:

“The teacher is a person in an authority position who is grooming a child for several months, establishing a relationship with this child, and then abusing this child,” Boyer said. “For the District to then argue that the child was somehow, should be responsible for her injuries is shocking.

“I was shocked. I’ve done sexual abuse cases against school districts before and I’ve never seen the persistence of this argument. I’ve never seen this at all that the victim willingly participated in this and that they should bear some responsibility in their injuries.”

Boyer said there were enough red flags that the school should have been aware of the teacher’s conduct.

He was seen hugging other girls and began to groom the victim at age 13 through texting, phone calls and exchanging photos, Boyer said, adding that the sexual abuse began when the girl was 14 and some of it occurred in the classroom.

Boyer also plans to argue that the girl’s sexual past should not have been allowed into evidence. Such evidence is barred in criminal cases where rape shield laws exist, but not always in civil actions.

LAUSD issued a statement from Wyatt on Thursday:

“While we are sympathetic of the pain that this type of inappropriate relationship could cause this young woman and her family, the case focused on whether the school district could have done anything to prevent it,” Wyatt said. L.A. Unified tried the case “in a respectful manner,” he said, adding, “our argument shared in the disgust with this teacher’s actions, but it focused on the decisions of this teacher and young lady to hide their behavior from the school district.”

Wyatt issued another statement from his office on Thursday in which he apologized for his remarks:

“Upon reflection, I realize how insensitive the comments I made to KPCC were, and I am truly sorry to this young woman and her family. My statements were ill thought out and poorly articulated and by no means reflect the opinions of the school district or its leadership. It is regrettable that my remarks have taken away from the respectful manner in which this case was tried.”

Maybe there is some hope for the world after all. 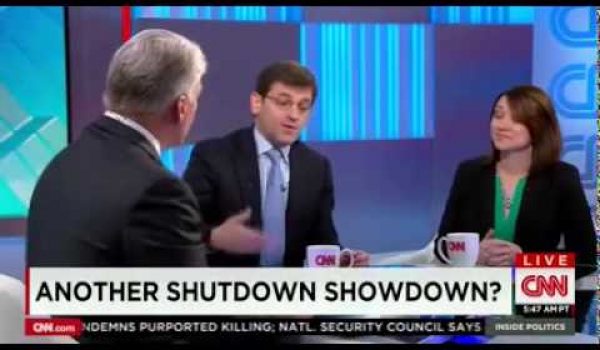 Video: ‘Debate on immigration between Obama and Obama’
Next Post
PC worksheet on Islam claims ‘Muslims’ faith stronger than that of Christians’ (Video)