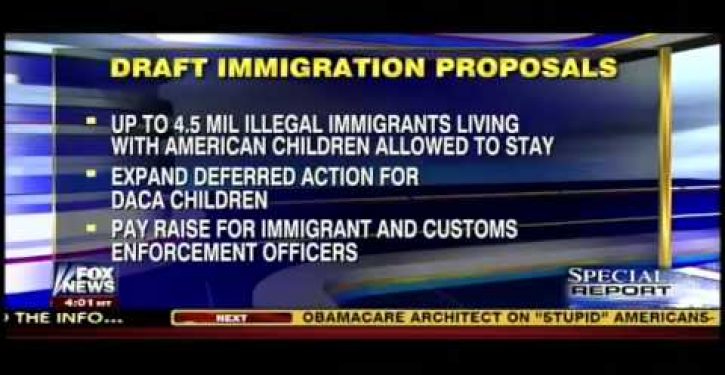 After six years of promises, President Obama is poised to take executive action on immigration reform as early as this week.

Frustrated by what he calls a “do-nothing” Republican House of Representatives, Obama reportedly will grant amnesty to up to 5 million unauthorized immigrants.

The president’s move would be consistent with administration policies, which have done little or nothing to secure the border and enforce immigration laws.

Here are five reasons to just say no to Obama and his fellow amnesty enthusiasts:

The statistics, compiled by the Center for Immigration Studies, are buttressed by a federal lawsuit filed this month by a long-time ICE attorney.

As reported last week, Patricia Vroom alleged her Arizona office was ordered by the administration to use broad “prosecutorial discretion” to release criminal aliens and drop deportation cases.

Staff lawyers’ objections to the increasingly loose policies dismissed. “We don’t give a s***,” one supervisor reportedly said. Another called Vroom’s office “f***d up.” Government adjudicators and attorneys who tried to enforce existing laws were purged from their positions.

Key elements of the president’s plan are said to be based on the highly subjective concept of prosecutorial discretion that became a legal lightning rod in Arizona.

That “discretion,” noted Talk Radio New Service, was the basis of a 2012 decision to block deportation of individuals brought into this country illegally as children. These protected Dreamers are now as old as 31.

Boehner, R-Ohio, said the House — which has an even larger Republican majority after this month’s elections — would consider suing Obama over any executive orders on immigration.

Here is a video that previews Obama’s 10-point plan:

Ferguson protester caught on video telling cops, ‘I’m praying for your death’
Next Post
Cartoon of the Day: Barry, the cable guy