“We’re talking about a massive amount of money,” Dan Mastromarco said at a Heritage Foundation event on tax compliance.

If we put that into a cure for childhood diabetes, cancer — pick your poison — space exploration. What we could do with that money that we just literally throw away.

The vastness and complexity of the tax code contributes to high compliance costs, a huge number of people intentionally or unintentionally failing to pay the right amount of taxes, and a costly burden on the economy. The IRS reports it spends 41 cents per $100 to collect taxes, but the true cost is closer to $45 per $100, or $978 billion, when those factors are accounted for, according to research compiled by Mastromarco.

The code, which consists of 4 million words, is so complex, even the IRS can’t understand it, he said, pointing to a list of questions the IRS’s own taxpayer advocate service was unable to get the answers to. And the IRS could only answer 30 percent of more than 90 million requests for assistance in 2010.

“We really haven’t made this very clear to the American people,” he said.

They don’t see it. They don’t feel it. They don’t understand what this equates to — this is a huge amount of money. This is a good year of economic growth. This is beyond the GDP of many of the world’s countries.

Mastromarco called for the IRS to disclose a more accurate accounting of the cost of its code to taxpayers, which might wake them up to the costly reality of the tax code.

“The reason nothing’s been done about this, is because we’ve gotten really good at making the pain gradual — making it so that we can’t see it,” he said. “We’re effectively numb to it.”

Our goal should be to make compliance costs understood and transparent, and painful to the American people.

Mastromarco is a lawyer who has represented Fortune 500 companies, and has worked as assistant chief council for tax policy at the Small Business Administration and special U.S. trial attorney at the Department of Justice’s tax division.

Tax reform is an issue that may be taken up the new Republican-controlled Congress next year.

Breaking the blue ceiling: The Dems still have a big advantage in the Electoral College
Next Post
Video: Howard Dean says Obamacare written by ‘elitists’ 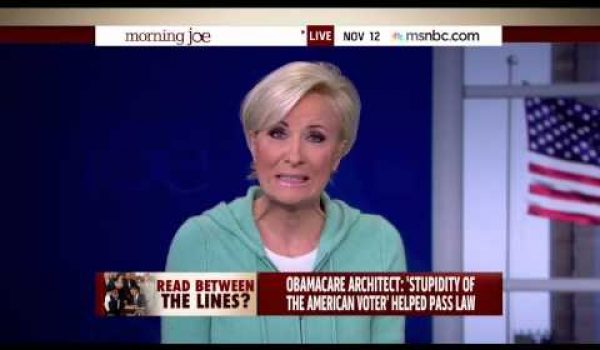