Former two-term gubernatorial candidate and Congressman Tom Tancredo is forming a political action committee to “stop New Jersey Gov. Chris Christie” from getting the GOP nod for president in 2016.

The reason? As chairman of the Republican Governor’s Association, Christie channeled money into an ad campaign against Tancredo when he was running against several other Republicans in the Colorado primary.

“The RGA wanted to play in the Republican primary without anyone knowing about it,” Melanie Sloan, director of Citizens for Responsibility and Ethics in Washington told the Denver Post in July.

To avoid any fingerprints, the group ran the money through [the Republican Attorneys General Association], an organization that typically doesn’t weigh in on gubernatorial races. Despite a public posture to the contrary, it seems the RGA is, indeed, willing to pick sides in at least some Republican primaries.

“Well, you know, to be absolutely fair here, and clear, I have a bone to pick with [Christie] in particular, because of what he did during our primary,” Tancredo said on a talk radio show in late October, according to a transcript posted by Big Media.

I have never liked the guy. … [B]ecause he was concerned that I would, in fact, go against the [United States] Chamber of Commerce position on immigration and make it a big deal, and I might win, he chose to … spend a quarter of a million dollars of Republican money … to attack me, here, in Colorado. And launder the money through Attorneys General Association.

Tancredo said he would wait to attack Christie with his PAC until after the election, so he wouldn’t hurt Republican candidates, but said he’d already filed the paperwork and was ready to come out swinging.

“He is no more a Republican than the man in the moon,” Tancredo said. “He is a left wing, east coast liberal.”

“[W]hen [the election is] over with, I guarantee you, I’m going after him.”

NBC’s Chuck Todd: Republicans have secured control of the House through 2022 (Video)
Next Post
Did Clay Aiken run for Congress simply to star in a reality show? (Video) 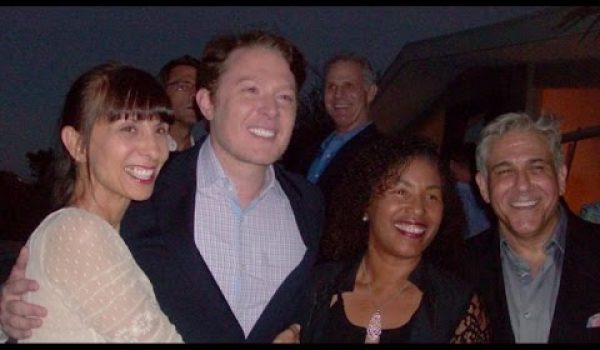