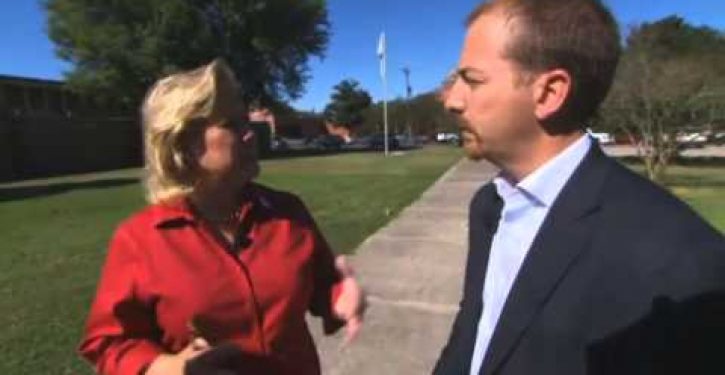 U.S. Sen. Mary Landrieu (D-La.) is discovering that 2014 is not a good year to be a Democrat. She managed to make things worse by insulting her own constituents in a desperate attempt to explain both her and the president’s unpopularity in the Pelican State.

When NBC’s Chuck Todd asked Landrieu Thursday why President Barack Obama is struggling in Louisiana, she mentioned a difference in energy policies. Her state is pro-oil; Obama is pro-green.

Had she left it there she would have been fine. But she felt the need to add one more point.

“Let me be very, very honest with you,” Landrieu said. “The South has not always been the friendliest place for African-Americans. It’s been a difficult time for the president to present himself in a very positive light as a leader.”

After calling her constituents racist, she threw anti-woman into the mix:

It has not always been a good place for women, to be able to present ourselves. It’s more of a conservative place. So we’ve had to work a little bit harder on that. But, you know, the people trust me, I believe. Really, they do.

Watch the exchange via the Washington Examiner.

Louisiana Gov. Bobby Jindal, a Republican immediately pounced on the senator’s assertion. He said of Landrieu in a statement:

She appears to be living in a different century. Implied in her comments is the clear suggestion that President Obama and his policies are unpopular in Louisiana because of his ethnicity. That is a major insult by Senator Landrieu to the people of Louisiana and I flatly reject it.

Jindal followed up with a tweet, which earned a notable reply:

@BobbyJindal @toddstarnes If the South is as she portrays, racist and anti-women, then how did she and Gov Jindal get elected? #HatePolitics

Woman tells cops former boyfriend stole her ‘Obama Phone’
Next Post
Old CDC: You can’t get Ebola though the air. New CDC: Oops, you can