During a debate last night, Democrat Mark Begich, who is defending his U.S. Senate seat from Alaska, was asked about the attacks ads he ran against the late Sen. Ted Stevens in 2008. His GOP opponent in the current race, Dan Sullivan made passing reference to the fact that Stevens, who was convicted in a federal corruption trial, was ultimately exonerated after a Justice Department probe found evidence of gross prosecutorial misconduct.

A clip from the debate appears below. The transcript follows:

DAN SULLIVAN: Do you regret the TV ads you ran against Sen. Stevens in 2008 and have you apologized to his family?

MARK BEGICH: Actually, Dan, I don’t know if you saw that campaign, but I ran ads about what I wanted to do for Alaska. I didn’t run attack ads.

SULLIVAN: Yeah you did.

BEGICH: No I didn’t, Dan. I know the campaign, I was here.

As it turns out, Begich didn’t run one attack ad against Stevens. He ran two:

In ways, it is remarkable that a politician would lie so blatantly when the proof is so easy to come by. 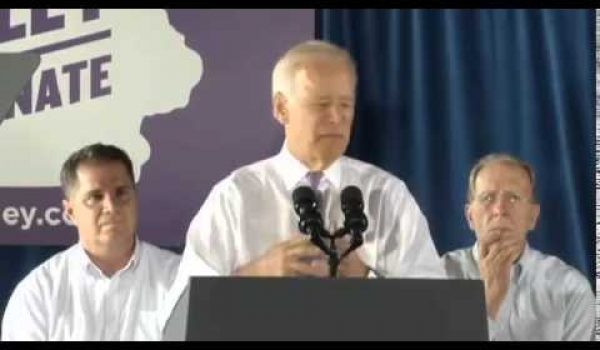