While C-SPAN viewers watched President Obama cast his early vote in Chicago last week, they also got a preview of what could be called “Diary of an Angry Black Woman, Part II,” when a lady called into the network to announce she will never vote for another Democrat again.

Joyce, the caller, described herself as “an 82-year-old, black, senior citizen grandmother,” and announced to viewers that she “voted straight Republican, because I have been noticing for years what the Democrat party have done to my people.”

Although she cited excessive unemployment within the black community as being one such problem, her dissatisfaction ran deeper and her reasons went beyond race.

“There is no way that I can continue to say that I was a Christian and remain in the Democrat Party,” she said, and made reference to abortion and wealth redistribution. Then she listed several specifics, beginning with one coming from her home state.

I see here in Texas a woman is running to be the governor of this great state, and she stood 13 hours advocating the killing of babies.

And I can remember the Democratic Party took God out of the platform. And they voted three times to put it back in. Three times it lost, but they pretended that it won. And people were in that audience mocking and pitching, “Take God out! Take God out!”

She went on to voice her disgust with liberals who refer to Obama’s detractors as “racist” simply because they disagree with the president.

“We need to stop that foolishness,” she said. “This man is destroying this country, and it’s what he intended to do.”

If Joyce’s comments sound refreshing, it’s because plain words and common sense are so rare nowadays.

Watch the video, via WAAR-TV. 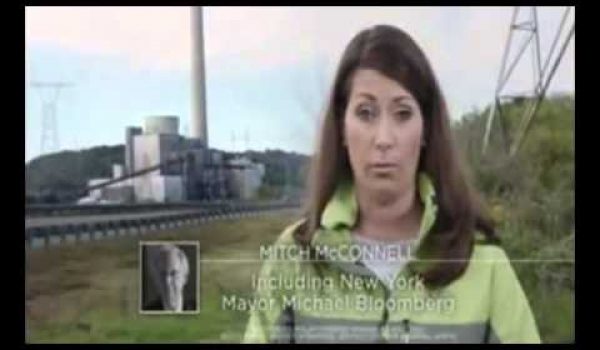