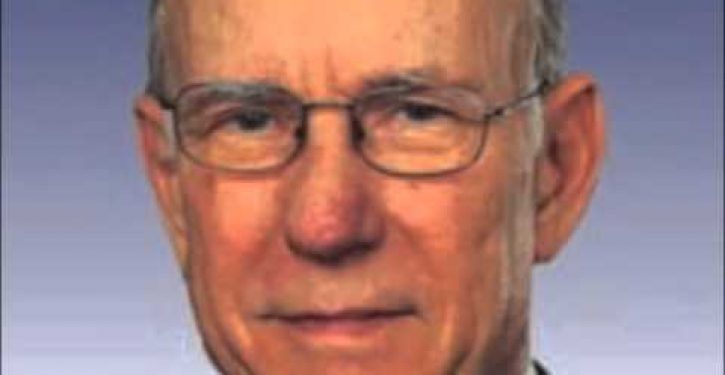 “I’m convinced that … Valerie Jarrett was involved” in the IRS targeting scandal. So said Sen. Pat Roberts (R-Kan.), who added, “I think this was White House-driven. I think all of the information at least that I saw leads to that, so we really have to finish this investigation.”

According to the Daily Caller’s Patrick Howley:

Roberts told talk radio host Hugh Hewitt that he participated in a Senate Finance Committee investigation into the IRS scandal but “the effort was made by the majority, by the Democrats in the Congress, to simply end that investigation,” which he called a “whitewash.”

In the audio clip that follows, Roberts states:

This is pretty serious business. This is egregious. We’re talking about First Amendment rights and freedom of speech.