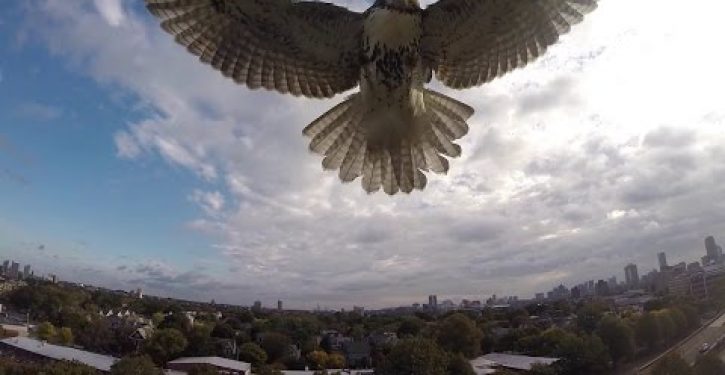 An urban Massachusetts hawk apparently neither liked sharing its airspace with a noisy mechanical interloper, nor cared for having its privacy invaded. So it took matters into its own talons and went on the attack.

The action was recorded by Christopher Schmidt’s GoPro camera that he’d mounted on his Quadcopter drone while flying over Cambridge’s Magazine Beach Park Wednesday, according to Fox 5 San Diego.

It was the Quadcopter that was the object of the hawk’s scorn, and the hawk came out the victor.

Drones have been the subject of controversy in recent years, especially as they relate to matters of privacy.

The Government Accountability Office recently reported that the Department of Homeland Security flew camera-equipped drones away from the border 1,726 hours from fiscal 2011 through April of this year, according to CNS News.

It’s one thing to use drones to patrol the border. It’s another to spy on Americans.

Last week when a New Jersey homeowner’s property was being photographed by a camera mounted on a neighbor’s drone, he blasted it out of the sky with his shotgun, Digital Trends reported.

Now we know that it’s not just American humans who value their privacy; so also do American hawks. 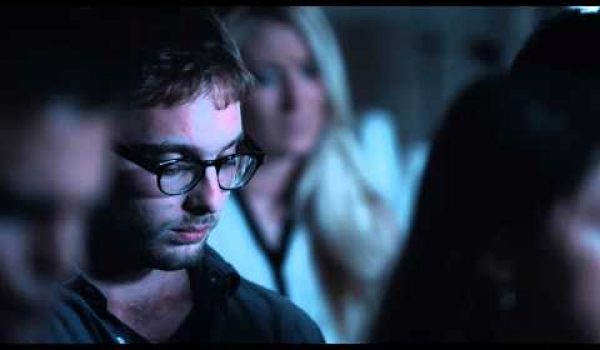