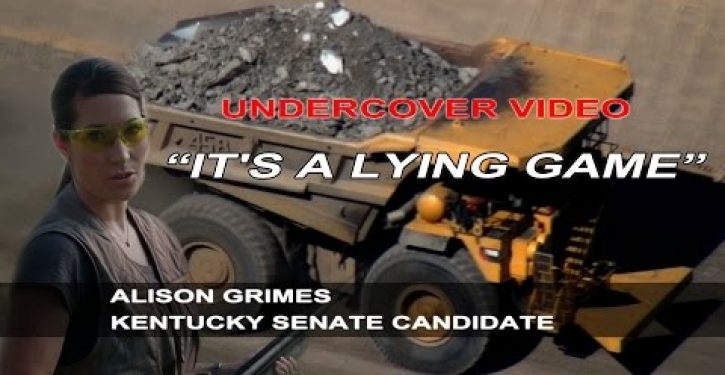 Staffers for Democratic U.S. Senate candidate Alison Lundergan Grimes were caught on camera admitting that she’s playing a “lying game” about her support for the coal industry, in an effort to secure votes from fellow Kentuckians.

Grimes is in a heated, too-close-to-call effort to snatch the Senate seat out from under GOP Senate Minority Leader Mitch McConnell. She makes it a point in her campaign ads, literature and appearances that she supports an industry that’s the economic lifeblood of Eastern Kentucky–but is the bane of the Democratic Party.

Conservative activist James O’Keefe sent undercover investigators from his organization, Project Veritas, posing as environmentalists. Their goal was to find out where Grimes’s true loyalties lay–with the Democratic Party or her fellow Kentuckians.

It didn’t take long to find out.

“You know she has to say that, because in Kentucky, if you don’t support the coal industry, you are dead,” Juanita Rodriguez, a Warren County Democratic operative said. “It’s a lying game, unfortunately.”

“If we can get her elected, do you think she is going to do the right thing and she’s gonna try to wipe out that coal industry and go for better resources?” one of the reporters asked Fayette County Democratic Committee member Gina Bess.

“I absolutely think she is,” Bess replied.

Obama made his distaste for coal-generated power plants clear from the beginning. Townhall reported in April:

And he continues to follow through with his anti-coal agenda, by ramping up restrictions targeted specifically at the coal industry, which generates nearly 50 percent of the electricity in the United States. Townhall continued:

Using the Environmental Protection Agency as its primary means of assault, the Obama administration has undermined every phase of the coal production process. This president doesn’t want Americans to mine coal, transport coal, or export coal. And they definitely do not want utilities burning it so you can turn on your lights.

Grimes’s heart apparently belongs to Obama–not to her home state.

“Once she gets in, she’s going to be very realistic about the fact that there are environmental problems and she will do her part, you know, in a sense, to support those things,” field organizer Chase Sanders told a Project Veritas undercover reporter.

Watch the video, via Project Veritas. 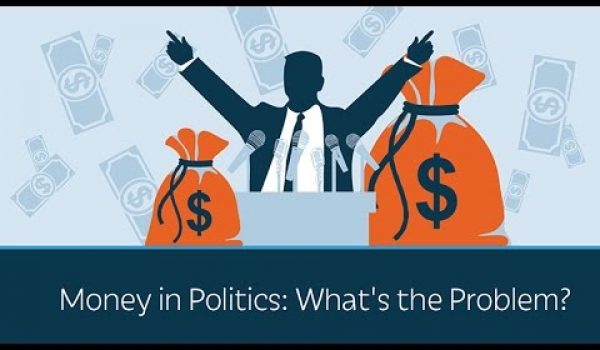