Matt Bai’s new book, “All the Truth Is Out,” chronicles how a sex scandal destroyed the 1988 presidential prospects of former senator Gary Hart — and how “Hart’s downfall forever changed American politics.” The most gossip-filled chapter about Donna Rice, the woman at the center of the scandal, was excerpted September 21 in the “New York Times Magazine.” Since then, several major publications have picked up the saga with their own spin.

Prominently accompanying many outlets’ coverage — see The Daily Beast and Politico Magazine — was what has become an iconic image: A 1987 photo of Rice, then a 29-year-old “model and aspiring actress,” on a boat, sitting in the lap of Gary Hart. In what was the most unfortunate political-apparel decision in history, Senator Hart was wearing a T-shirt emblazoned with “Monkey Business (Crew),” a reference to the name of the boat.

But there is much more to the Hart saga than an infamous photo and a scandal that (allegedly) changed politics. Donna Rice, a friend of mine for more than ten years whose story is always overlooked when the Hart saga is retold, soon began a career promoting Internet safety. I know her as a committed Christian, and she tells me that “God’s faithfulness allowed [her] to use what happened back in 1987 with the Hart scandal all for the greater good.”

Now Donna Rice Hughes (she’s been happily married for 20 years), she is CEO of a national nonprofit organization called Enough Is Enough (EIE), whose mission is to make the web safer for children and families. Since 1994, Rice Hughes has appeared on major television programs, testified in front of congressional committees, and served on a commission for Internet safety sponsored by the Department of Justice. Her organization teamed up with PBS and won Emmy and Telly awards for a multimedia program called “Internet Safety 101.”

This week, Rice Hughes and EIE announced a new initiative: The “P*rn Free Wi-Fi” campaign, which will “encourage corporate America to join the fight to prevent Internet-initiated sexual exploitation of children.” In the initiative’s first stage, the organization is asking McDonald’s and Starbucks to add pornography filters to the wi-fi access in their combined 25,000 U.S. stores. Both chains already filter pornography in the U.K. under a self-regulation initiative.

The launch was not timed to coincide with Bai’s book — the “P*rn Free Wi-Fi”  launch was planned months ago, and Bai’s book’s publication date was unexpectedly moved up. But this new round of unwanted publicity could help Rice Hughes accomplish her goal.

I asked Rice Hughes why McDonalds and Starbucks have not already installed wi-fi filters at their U.S. locations. She replied:

They have not done it because they have not been pressured to do it. They have chosen not be pro-active. The goal of ‘P*rn Free Wi-Fi’ is to bring attention to this important Internet-safety issue so these filters will be activated as they are in Panera Bread and Chick-fil-A.

Rice Hughes further explained why she is targeting McDonalds and Starbucks:

Sex offenders and pedophiles are going there to access illegal content. The argument is, Why aren’t America’s children as important to safeguard to these companies as are the children in the U.K. and other nations? What’s wrong with this picture? They are American-based companies! We are asking people to sign a petition that we can send to the CEOs.

Will McDonalds and Starbucks acquiesce? A McDonalds spokesperson gave this reply to a letter from EIE: “We appreciate your concern and are looking into options for effective filtering in the U.S.”

Starbucks, at this writing, has yet to respond. 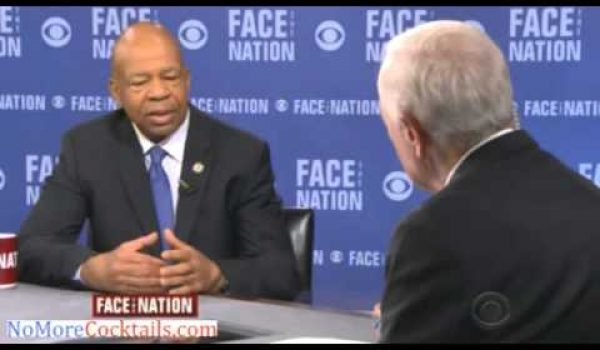