Which state leads all others in terms of personal income growth? The answer is North Dakota. No other state even comes close. From 2008 to 2012, North Dakotans’ per capita income jumped 31%, according to the U.S. Bureau of Economic Analysis. The other Dakota (South) came in a distant second, registering a 10% gain.

Adding to the enigma are the facts that North Dakota has an income tax, a corporate tax, and a sales tax.

So what is North Dakota’s secret? In a word, fracking. It also has a fracking big oil and gas boom going on.

North Dakota’s 2012 per-capita personal income was $57,367, the highest for any state and just behind Washington, D.C.

A Federal Reserve study issued last week showed North Dakota leading the nation in “progress toward recovery” from 2007 to 2013.

While California grabs headlines for shrinking its bulging budget deficit, the Golden State continues to experience high inflation. This erodes any income gains and grinds down the middle class.

“High housing costs, driven up by regulations, and bigger growth in the cost of living mean lower real income,” explains Jason Sorens, a lecturer in economics at Dartmouth College and a policy expert at George Mason University’s Mercatus Center.

As a result, California’s inflation-adjusted income growth rose less than 4% over four years.

North Dakota’s energy bonanza has imported loads of jobs that pay six figures, along with unprecedented investment opportunities for Dakotans.

Even with that drag, Sorens and the Tax Foundation characterize North Dakota’s tax rates as “pretty low.”

“Fracking is obviously making a huge difference to their economy,” he said.

Most of the runner-up states are classified by Sorens as “relatively free.”

By contrast, laggards such as Illinois and New Jersey are “overall a much less free group,” burdened with higher taxes and job-killing regulations, he noted.

Though Nevada has no income tax, the Silver State posted a decline in personal income and placed dead last, as it continues to reel from the real-estate bust that began in the mid-2000s. 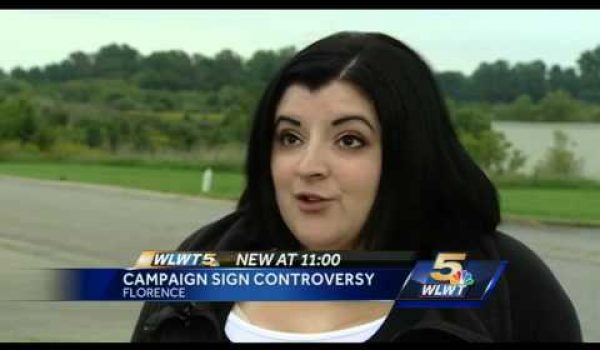 Kentucky write-in candidate for Senate displays anti-Semitic platform, ‘With Jews, We Lose!’ (Video)
Next Post
What is global warming responsible for? What isn’t it responsible for? A guide for liberals