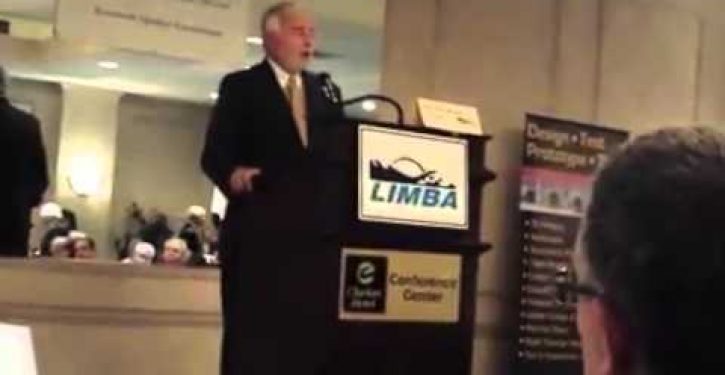 Barack Obama once said he would bring all of America’s fighting men and women home by the end of 2014. According to one congressman, they are already returning to the homeland of their own accord — but not to yellow ribbons or hero’s parades. From the Washington Free Beacon:

Rep. Tim Bishop (D., N.Y.) warned during a recent speech that up to 40 radicalized U.S. citizens who have fought alongside the Islamic State of Iraq and Levant (ISIL or ISIS) have already returned to the United States, where they could pose a terrorist threat.

Bishop claims that of the 100 or so Americans who have traveled to the Middle East to join ISIL’s ranks, some 40 have returned and are currently being surveilled by the FBI, according to his remarks, which were filmed and uploaded to YouTube last week.

“One of the concerns is the number of U.S. citizens who have left our country to go join up with ISIS,” Bishop said during the speech. “It is believed there have been some number up to 100 that have done that.”

“It is also believed that some 40 of those who left this country to join up with ISIS have now returned to our country,” Bishop said, eliciting shocked responses from some in the crowd.

The article goes on to note that officials with the Department of Homeland Security (DHS) have expressed concern about “lone wolf attacks” carried out by radicalized ISIS sympathizers.

Matthew Olsen, director of the U.S. National Counterterrorism Center shares Bishop’s view.  In a speech earlier this month, he said:

We remain mindful of the possibility that an ISIL-sympathizer — perhaps motivated by online propaganda — could conduct a limited, self-directed attack here at home with no warning.

We have seen ISIL use a range of media to tout its military capabilities, executions of captured soldiers, and consecutive battlefield victories. More recently, the group’s supporters have sustained this momentum on social media by encouraging attacks in the U.S. and against U.S. interests in retaliation for our airstrikes. ISIL has used this propaganda campaign to draw foreign fighters to the group, including many from Western countries.