Echoing the “War on Women” meme it used in the 2012 election, the Obama administration today announced the start of a poorly-conceived campus rape awareness campaign. Unfortunately, its flaws mean it will do nothing to reduce rape rates or increase rape prosecution rates. The campaign is being coordinated with groups like the Center for American Progress that routinely get the law wrong about sexual assault, and label as rape a lot of consensual sex that is legal under state and federal law.

More “campus rape crisis” weirdness came from the White House today, where President Obama and Vice President Biden announced the launch of a new initiative called “It’s on Us”. The campaign will feature celebrity-studded public service announcements . . .and promotions from the likes of MTV, BET, and video-game company Electronic Arts. . .The White House doesn’t actually have to impact rape rates or rape prosecution rates or anything tangible, because that’s not how it has defined the problem. Its central concern is raising awareness about rape on college campus, a goal both amorphous and measurable in Facebook likes.

Groups involved in the White House’s campaign are peddling false claims about sexual assault. Just one example: Asserting that any degree of intoxication turns sex into rape. But drinking doesn’t prevent people from consenting to sex. Court rulings and law professors make that clear.

According to the Washington Post, the White House is doing this “campaign. . . in coordination with . . . the liberal think tank Center for American Progress” (CAP).  CAP is in turn promoting false claims about what sexual assault is. The Center for American Progress’s ThinkProgress blog, in announcing the push, wrote today that “Tips on the [White House] campaign’s website include recognizing that intoxicated individuals cannot consent.”

This is just legally wrong. (And the “tips” provided by the White House itself do not explicitly claim this, anyway – they speak of someone being “so intoxicated,” not just any intoxication).

Intoxicated students can consent as long as they are not incapacitated, as a federal judge recently ruled in King v. DePauw University (Aug. 22, 2014), issuing a preliminary injunction against a university that suspended a student for apparently having sex while he and his partner were both intoxicated (but not incapacitated).  At Minding the Campus, Professor K.C. Johnson provides a short published account of that decision.

Many campus programs launched in the aftermath of the April 2014 White House Task Force report on campus sexual assault incorrectly claim that any intoxication equals rape, and renders consent invalid. But, as sociologist Kathleen Bogle and law professor Anne Coughlin noted in Slate in May 2014, that is not the legal standard.

Many happily married couples have sex while intoxicated. That is not rape.  Intoxication also shouldn’t matter under Title IX, since sexual harassment under Title IX turns on unwelcomeness, not any legal fictions limiting consent, and sex with a lover can be quite welcome to even an intoxicated person. (I used to handle Title IX cases, since I practiced education law for many years, including a stint at the Education Department’s Office for Civil Rights).

Shouldn’t an educational awareness campaign be based on facts and accurate information?  (For all the talk from the Obama administration about a campus rape “epidemic,” the sexual assault rate has actually fallen by 58% since 1995, declining for all age levels). But apparently facts don’t matter, and the administration thinks this will somehow help it in the 2014 election anyway.  As the Associated Press notes, this PR campaign is being rolled out just before “a midterm election in which Democrats are counting on a strong turnout by female voters.”  The absence of any useful results  won’t be apparent until after the election.

Earlier I discussed how the Administration’s micromanagement of college disciplinary proceedings in sexual harassment and assault cases harms both falsely-accused innocent people, and victims of sexual assault, such as in this commentary. 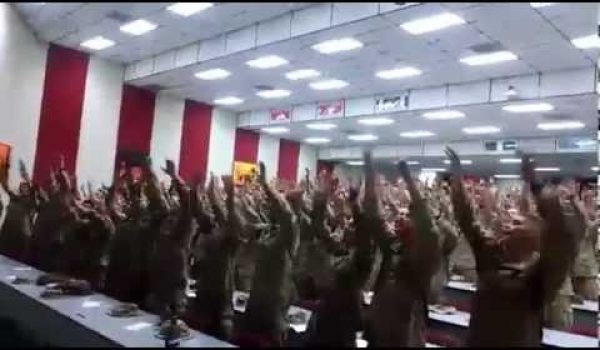