Lowering the bar for voting while raising the opportunity for fraud, a Maryland task force wants to “modernize” the state’s online registration process — and much more.

Maryland already has some of the loosest election laws in the nation. No ID is required to vote. Effective this month, individuals can register online by inputting a name, birth date, and the last four digits of their Social Security number.

The Right to Vote Task Force seeks to knock down those rules. The Montgomery County panel — 10 Democrats, three Republicans, one independent and one Green Party member appointed by the County Council — would not require proof of legal residency to register.

The task force’s 59 recommendations will be discussed Tuesday in Rockville. The public meeting is scheduled to start at 7:30 p.m. in the Council Hearing Room, 100 Maryland Ave. Persons wishing to testify can register by calling (240) 777-7803.

Robyn Sachs, a board member of Election Integrity Maryland, calls the proposals “radical.” Others warn that ideas like disconnecting voter registration from state Motor Vehicle Authority records, and allowing 16-year-olds to vote in county elections, could create havoc.

As long as the government continues to rely on citizens to register themselves, opening up access means ceding more control to voters and those who assist them to determine when and how they register.

He said Maryland, which already offers election-day registration, is pursuing a “state laboratory approach without triggering constitutional scrutiny.” Many of the task force ideas hail from Takoma Park, Md., where undocumented residents are permitted to vote in city elections.

Ultimately, Churchwell said the goal is a “centralized and federalized” system of handling voter records, accompanied by an Obama-style “individual mandate” to register.

Studies, however, haven’t shown a correlation between voter registration and actual voting. “They defeat their own voter suppression argument,” Churchwell said of the Brennan report.

Christian Adams, an election law attorney formerly with the Justice Department, said, “The Constitution gives states the power to determine who and how people are eligible to vote.” He added:

There is not a single thing listed in these recommendations inconsistent with federal law as I see it right now.

But Adams sounded a cautionary note about the task force’s agenda.

“This is what happens when a state or locality is overrun by a far-left body politic. They come up with voting rules that may well invite fraud.”

Dick Jurgena, one of the Republican members of the panel, resigned in disgust over the direction the Democrats were going. He is currently running for a seat on the Montgomery County Council with a call to “End One-Party Rule.”

“They won’t clean up the voter rolls that already are a mess,” she said. “Now they’re doing this.” 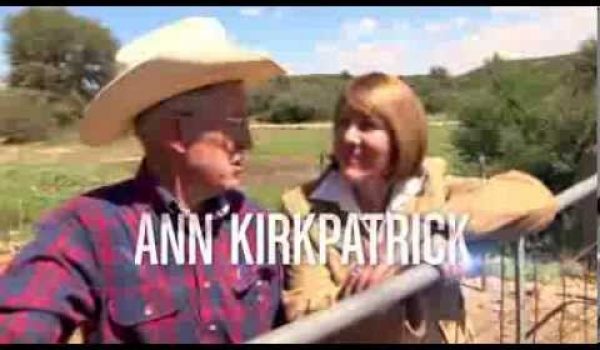 Dem Congresswoman flies Mexican flag during parade, but no American flag
Next Post
LA School Police give up grenade launchers