A former State Department official is claiming that cronies of then-Secretary of State Hillary Clinton were part of an operation to “separate” damaging documents before they were turned over to the Accountability Review Board investigating security lapses surrounding the Sept. 11, 2012, terrorist attacks on the U.S. mission in Benghazi, Libya. This is according to a bombshell report in “The Daily Signal” by investigative reporter  Sharyl Attkisson.

That Accountability Review Board has been used by the administration and State Department as proof there was no wrongdoing associated with the Benghazi attack even though Clinton and other senior State Department officials were not interviewed or investigated as part of the inquiry.

According to former Deputy Assistant Secretary Raymond Maxwell, the after-hours session took place over a weekend in a basement operations-type center at State Department headquarters in Washington, D.C. This is the first time Maxwell has publicly come forward with the story.

At the time, Maxwell was a leader in the State Department’s Bureau of Near Eastern Affairs (NEA), which was charged with collecting emails and documents relevant to the Benghazi probe.

“I was not invited to that after-hours endeavor, but I heard about it and decided to check it out on a Sunday afternoon,” says Maxwell.

He didn’t know it then, but Maxwell would ultimately become one of four State Department officials singled out for discipline—he says scapegoated—then later cleared for devastating security lapses leading up to the attacks.

According to Maxwell the weekend document selection session took place in the basement of the State Department headquarters, a large room with computers, big monitors meant for emergency planning (like 9/11/12).

“She told me, ‘Ray, we are to go through these stacks and pull out anything that might put anybody in the [Near Eastern Affairs] front office or the seventh floor in a bad light,’” says Maxwell. He says “seventh floor” was State Department shorthand for then-Secretary of State Clinton and her principal advisors.

“I asked her, ‘But isn’t that unethical?’ She responded, ‘Ray, those are our orders.’ ”

Maxwell says the two officials, close confidants of Clinton, appeared to check in on the operation and soon left.

Maxwell says after those two officials arrived, he, the office director and an intern moved into a small office where they looked through some papers. Maxwell says his stack included pre-attack telegrams and cables between the U.S. embassy in Tripoli and State Department headquarters. After a short time, Maxwell says he decided to leave.

In the end, Maxwell was singled out as one of four State Department officials blamed for the lack of security at the Benghazi mission and placed on administrative leave for a year. Although he got paid for staying home, Maxwell is angry about the scapegoating and damage to his reputation. He should provide a very interesting testimony to the House Select Committee on Benghazi.

The members of Accountability Review Board claimed all along that their investigation had unfettered access and was totally independent. According to Maxwell, when he heard that claim he couldn’t help but wonder if the review board — perhaps unknowingly — had received from his bureau a scrubbed set of documents with the most damaging material missing.

Saying the ARB was “anything but independent,” pointing to [Former FBI Chief] Mullen’s admission in congressional testimony that he called Clinton chief of staff Cheryl Mills to give her inside advice after the ARB interviewed a potential congressional witness.

“The ARB inquiry was, at best, a shoddily executed attempt at damage control, both in Foggy Bottom and on Capitol Hill,” says Maxwell. He views the after-hours operation he witnessed in the State Department basement as “an exercise in misdirection.”

Maxwell will testify before the committee and if the panel can produce corroborative evidence, his testimony will be a nightmare for Clinton in 2016.

Ed Morrissey adds his insight to this story at Hot Air.

EPA emails reveal agency initiatives not about climate but advancing liberal agenda
Next Post
Video: Prager U evaluates whether the UN is fair to Israel 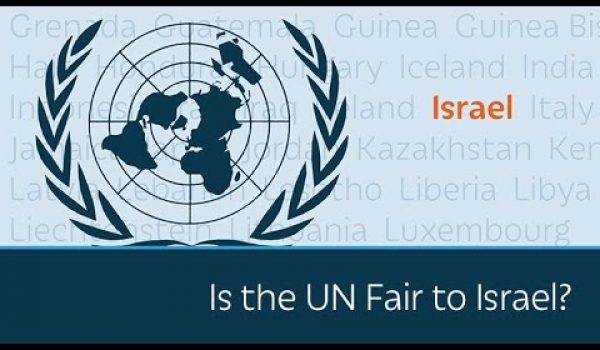