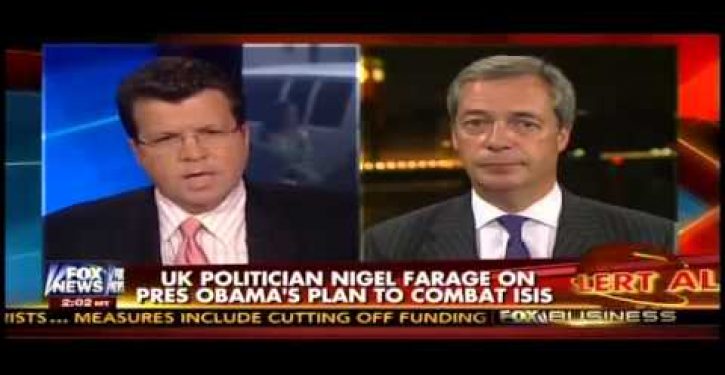 Nigel Farage, who leads the United Kingdom Independence Party and is considered a strong future contender for prime minister, said that the separation of communities of immigrants unwilling to accept the values and norms of their host country is the problem.

And one of the reasons it’s being allowed to happen within the organs of our state is that we as governments, we as nations, we as countries are not being robust enough in defending our values. We’ve been weak and they’ve taken advantage of us.

Multiculturalism can be good or bad, depending upon how it’s defined, he said.

If we mean by multiculturalism people of different religions, of different skin color living together within the same community, I have absolutely no problem with that whatsoever and I’m sure none of your viewers on this show do either.

And we can see it happening here, also.

The United States used to be called the world’s “melting pot,” where immigrants from all countries came together to speak a common language, have common goals and promote common ideals to become indistinguishable in all the things that matter.

That melting pot has since turned into a salad bowl. We may all be in the same place geographically, but our philosophies are miles apart. We can now easily tell the tomatoes from the lettuce.

Watch the interview below.