U.S. immigration courts are backlogged with nearly 400,000 cases, and experts say the Obama administration is to blame.

The 396,552 cases are a 22% increase over last year, according to Syracuse University researchers.

Not surprisingly, waiting times are up, too. The average case in Imperial, Calif., currently lingers 857 days before resolution.

Richard Kelsey, assistant dean at the George Mason University School of Law and a longtime observer of immigration issues, said the problem starts at the White House. Said Kelsey in an interview:

The president has telegraphed that he is going to take some kind of action [on immigration], so neither the courts nor the prosecutors are killing themselves to get things done.

Anyone who thinks there’s no correlation has their head buried so deep in sand they’re not getting enough air.

One reason the backlogs are building is that while illegal aliens who are caught crossing the border can accept a swift, no-fuss voluntary departure, most don’t opt for it. And why would they? They’re egged on to buy time by their immigration attorneys, local amnesty groups, the ACLU, the Mexican-American Legal Defense Fund, and La Raza.

Kelsey and Dane agree politics has gummed up the U.S. legal system.

“The process is rife with politics,” Kelsey said. “If you got a minor nuisance ticket, you wouldn’t wait 857 days for adjudication.”

In the interest of justice, Kelsey said backlogged cases could be moved to courts that could handle them in a more timely fashion. Yet they’re not moving.

“This is a deliberate political effort to slow down deportations,” the former prosecutor charged.

Dane said the large and growing case backlog proves “that a massive amnesty requiring background checks on 5 to 6 million illegal aliens is sheer folly.” He added:

It would be a rubber-stamped fiasco ridden with loopholes and national security threats because there are simply not enough bureaucrats from here to Pluto to manage the task.

Making the backlogged system even more dysfunctional, defendants often fail to appear for their court hearings.

“Unlike normal court proceedings where a notice of the hearing must be served … there is no legal requirement that these individuals actually receive notification — only that a notice be sent out to the address they have,” said Susan Long, associate professor of managerial studies at Syracuse.

Resolution to force Obama to do his job, develop a strategy against ISIS
Next Post
Video: MSM waking up to Obama nightmare’s damage to Dem brand 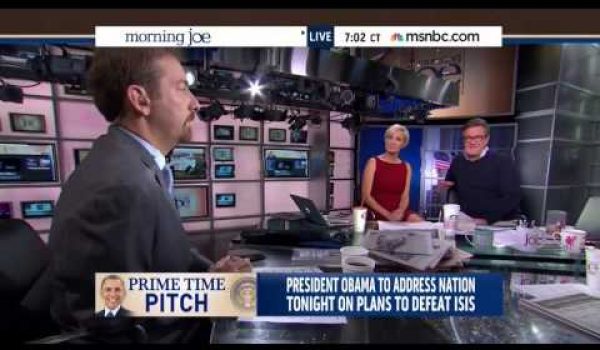