According to jihadi-supporting Muslim cleric Hussein bin Mahmoud, the beheading of American journalist James Foley was justified because Foley was a harbi, a non-Muslim whose life was not protected by an agreement of protection. Beheading a harbi infidel is a blessed act for which a Muslim is rewarded.

Hussein bin Ahmoud is a frequent and popular contributor to Islamic extremist internet forums, where he presents theological justifications for various atrocities committed by groups such as al Qaeda and ISIS. In a posting on August 21st, he provided religious justification for beheadings inasmuch as Islam “is a religion of war and fighting.”

The following are excerpts from the article as translated by MEMRI:

Chopping off the heads of infidels is an act whose permissibility the [Muslim] ummah agrees on. Beheading a harbi infidel is a blessed act for which a Muslim is rewarded. The [only] matter scholars disagree about is the question of transferring the head from one place to another, traveling with it and carrying it around.

Bin Mahmoud directs his venom toward Jews, Christians, Shi’ites and Alawites, and correctly points out that beheadings are a weapon of terrorism:

As for beheading infidel Jews, Christians and ‘Alawites, as well as apostate Shi’ites, who commit crimes against the Muslims, they must be terrorized, filled with fear and beheaded without any respect. Cutting off heads is part of the tradition of the [Prophet’s] Companions. In the Koran Allah ordered to smite the infidels’ necks and encouraged the Muslims to do this. He said [in Koran 47:4], ‘When you meet those who disbelieve on the battlefield, smite at their necks until you have killed and wounded many of them…

How many hadiths [relayed by] the Prophet’s Companions have we read in which they demanded that he strike the necks of certain men, and the Prophet did not condemn the striking of necks… Striking necks was a well-known matter that did not elicit any condemnation in the eras of the Prophet, the rightly-guided caliphs and their successors, right until the time of the Christian occupation of the Muslims’ lands in the [20th] century. Those crusaders fought the Islamic legal concepts, distorted the religion, and convinced the Muslims that their religion is a religion of peace, doves, love and harmony, and that there is no blood in it, no killing and no fighting. The Muslims remained in this state until Allah revived the tradition of beheading by means of the mujahid and slaughterer Abu Mus’ab Al-Zarqawi, may Allah have mercy upon him and accept him as a martyr.

Bin Mahmoud cites Muslim scripture to prove that Islam condones beheading as a means of terrorizing the enemy and emphasizes that the essence of Islam is not peace but jihad and martyrdom. His conclusion is “Islam is a religion of beheading”:

The truth is that what distorts the image of Islam is not the beheading and terrorizing of infidels, but rather those who want [Islam to follow the path of] Mandela or Ghandi, with no killing, fighting, brutality, bloodshed or the striking of heads or necks. That is not the religion of [the Prophet] Muhammad son of ‘Abdallah who was sent [to fight] with the sword [until] Judgment Day. The only Koranic surah that is named after him, Surah Muhammad, is [also] called “The Surah of Fighting”…

Islam is a religion of power, fighting, jihad, beheading and bloodshed, not a religion of turning the left cheek to whoever slapped you on the right cheek. On the contrary, it is a religion of breaking the hand that is stretched out to humiliate the Muslim. [Any Muslim] who fights for his property, blood or honor is a martyr.

In Islam, tourism [means] jihad for the sake of Allah… There is no true life for its believers except through jihad, [and] the goal of its fighters is to die for the sake of their religion. 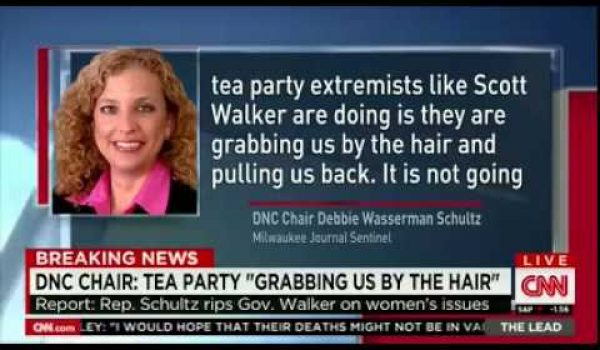