Nidal Hasan wrote a letter sometime during the last two weeks to ISIS’s leader, informing him he wants to join up, Fox News reported Thursday. Hasan is the former Army psychiatrist who murdered 14 people, including the unborn child of one of his victims, and injured more than 30 others during a 2009 rampage at the Army’s Fort Hood.

“I formally and humbly request to be made a citizen of the Islamic State,”Hasan says in the handwritten addressed to “Ameer, Mujahid Dr. Abu Bakr al-Baghdadi,” according to Fox.

“It would be an honor for any believer to be an obedient citizen soldier to a people and its leader who don’t compromise the religion of All-Mighty Allah to get along with the disbelievers.”

The letter “underscores how much of his life, actions and mental thought process are driven by religious zeal,” Hasan’s attorney, John Galligan told Fox News.

The massacre was termed an act of “workplace violence” by federal authorities. Its victims have since been trying to change that classification to an act of terror, according to The Daily Beast.

Hasan’s letter adds fuel to the claim that he was indeed acting as an Islamic terrorist. And he’s not alone. Fox News reported:

In the last year, the Department of Justice has brought at least five prosecutions against Americans — in Florida, California, Virginia and North Carolina – for trying to help terrorists in Iraq and Syria.

Omar Jamal, who is well known in Minneapolis’ Somali community, said at least 10 young men from there have been recruited to travel to Syria for ISIS.

“Douglas McCain wasn’t the first one and unfortunately he won’t be the last,”Jamal told KMSP-TV.

When CNN National News Editor AnneClaire Stapleton tweeted the news, social media reacted much as one might predict, according to Twitchy.

@AnneClaireCNN @CNN you mean the purveyor of workplace violence?

@AnneClaireCNN @CNN we need to take away this guys US citizenship, Take away Boston Bombers citizenship,

@sedaye_iran better chance of dying if send him to ISIS

I can’t argue with that.

Ferguson’s Michael Brown was allegedly involved in murder as a juvenile
Next Post
What the hell??? Joe Scarborough claims Obama’s ‘No strategy’ statement is part of Obama’s strategy (Video) 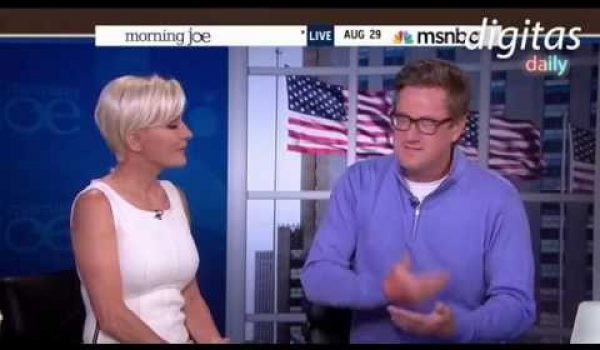