The federal government is spending nearly $1 million to create an online database that will track “misinformation” and hate speech on Twitter. The National Science Foundation is financing the creation of a web service that will monitor “suspicious memes” and what it considers “false and misleading ideas,” with a major focus on political activity online. The “Truthy” database, created by researchers at Indiana University, is designed to “detect political smears, astroturfing, misinformation, and other social pollution.” The university has received $919,917 so far for the project. . . .“Truthy,” which gets its name from Stephen Colbert, will catalog how information is spread on Twitter, including political campaigns.

This is a waste of taxpayer money on many levels, and it is conceivable that government officials will be able to use this information to harass their critics and violate their free-speech rights.  (Recall how the IRS violated the First Amendment by targeting Tea Party and other groups for costly and burdensome investigations, and demanding lots of irrelevant information from them that had nothing to do with whether they actually qualified as non-profits).

It’s not the government’s role to rule to declare ideas “false or misleading.” Under the First Amendment, there’s “no such thing as a false idea,” according to the Supreme Court’s decision in Gertz v. Robert Welch, Inc. (1974).

Moreover, “hate speech” is protected under the First Amendment, and even commonplace views about race or gender have been branded as “hate speech” by government officials. The Supreme Court has made clear over and over again that hate speech in public settings is protected by the First Amendment in decisions like (1) R.A.V. v. St. Paul (1992); (2) Snyder v. Phelps (2011); and (3) Forsyth County v. Nationalist Movement (1992). Mainstream views about affirmative action, homosexuality, feminism and the death penalty have been punished under campus hate-speech codes, which may help to explain why courts struck them down even before the Supreme Court’s R.A.V. decision. (See the examples cited in the Brief of Amici Curiae Students for Individual Liberty, et al., in Davis v. Monroe County Board of Education, 1998 WL 847365, filed with the Supreme Court on Dec. 8, 1998.)

False factual claims – as opposed to false ideas – are not always protected, such as when they constitute defamation. But the lead researcher on this project seems ill-equipped to perform the role of policing false claims of any kind, given his promotion of factually-careless left-leaning groups, and his openly partisan affiliation:

“Truthy” claims to be non-partisan. However, the project’s lead investigator Filippo Menczer proclaims his support for numerous progressive advocacy groups, including President Barack Obama’s Organizing for Action, Moveon.org, Greenpeace, the Sierra Club, Amnesty International, and True Majority. Menczer, a professor of informatics and computer science at Indiana University, links to each of the organizations on his personal page from his bio at the Center for Complex Networks and Systems Research.

It’s an odd thing for a would-be fact-checker to tout his links to MoveOn.org and the Obama campaign, given their history of false claims, such as repeatedly misstating the facts of Supreme Court decisions (such as Citizens United v. Federal Election Commission and Ledbetter v. Goodyear Tire & Rubber Co.) Odd, but sadly, not unprecedented: One supposedly non-partisan media fact-checker was assigned to evaluate claims by conservative candidates even though he claimed conservatism is a “cancer” synonymous with racism and “patriarchy,” and regularly referred to conservatives as “wingnuts” and “yahoos.” Indeed, fact-checking seems to attract more than its share of sanctimonious ideologues and partisan hacks.

Moreover, false factual claims in political campaigns are often protected by the First Amendment, as the Washington State Supreme Court ruled in striking down a law against lying in political campaigns, in Rickert v. State Public Disclosure Commission (2007). This First Amendment protection accords with the reality that politicians and their allies (such as judges they appointed or confirmed) will typically view speech critical of them as “false,” based on their own subjective, ideologically-based notions of what is “true” or “false.” “As aptly summarized by the Supreme Court,” in Thomas v. Collins, in the realm of political debate “every person must be his own watchman for truth, because the forefathers did not trust any government to separate the truth from the false for us.”

If this is an attempt to pathologize or chill dissent using taxpayer money, it certainly won’t be the first time that happened during the Obama administration. In 2013, a liberal NIH-funded researcher in San Francisco falsely claimed the Tea Party was just an invention of the tobacco companies, in research funded by the taxpayers to the tune of hundreds of thousands of dollars:

This July, the Obama Justice Department implied that criticism of Obama in a Nebraska town was hate speech or discriminatory harassment, when it classified an anti-Obama parade float in that mostly white town as “discrimination” that warranted federal intervention by the Community Relations Service, which “investigates disputes concerning discrimination.” 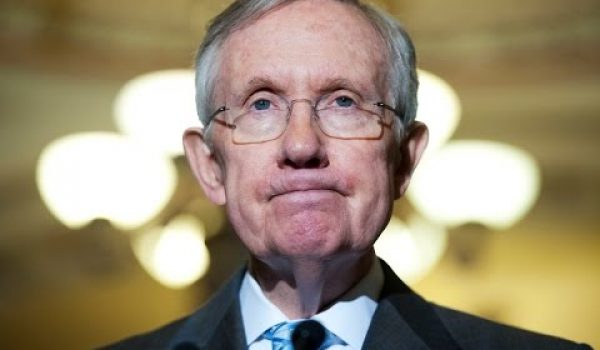