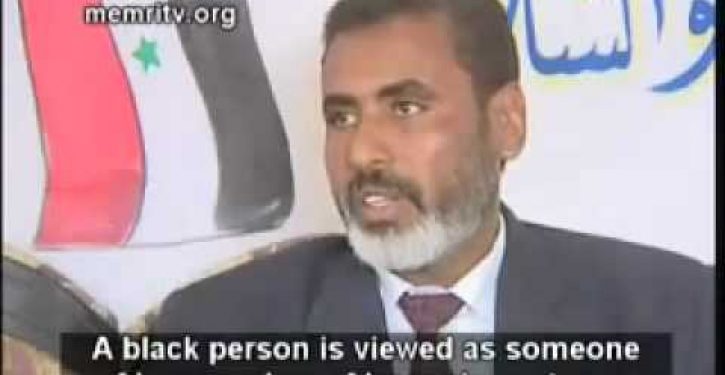 Well, isn’t that special? An article in the Washington Post titled “Even the Islamists of ISIS are obsessing over Ferguson” notes that the terrorist organization is using black disenchantment as a recruiting tool:

The Islamic State and other jihadist movements are using the events outside St. Louis as propaganda against the West. One argument they’ve been making for years is that racism and discrimination are rampant in some parts of the West, and they’re hoping the Ferguson riots could help recruit black Americans. “In Islam there is no racism, and we think black people will wake up and follow the example of Malcolm X and others who understood that this way is the only way to justice,” said Abu Mansour, who lives in Germany and is also a follower of the Islamic State.

ISIS is also using social media to spread its message:

Blacks in #Ferguson, there’s an alternative to this indignity: pick yourselves up with Islam, like #IS in #Iraq. #jihadinamerica #ISISHERO

They cower in fear of us whilst they massacre and oppress you! It’s time to strike fear into the hearts of the oppressors. #FergusonUnderIS

How many years have African Americans faced oppression under the rule of the US government? Yet you still hate those fighting it! #ISISHERO — Amreeki Witness (@AmreekiWitness) August 19, 2014

Indeed, Malcolm X knew that the only cure for racism is Islam. Obama is proof that democracy won’t help blacks in USA. #Ferguson #ISISHERO

Just one small problem for disillusioned blacks who elect to sign on. Namely, there is a strain of racism running through Arab culture that calls into question ISIS’s motives. The attitude can be traced all the way back to the 14th century when the Muslim historian Ibn Khaldūn wrote:

Beyond [known peoples of black West Africa] to the south there is no civilization in the proper sense. There are only humans who are closer to dumb animals than to rational beings. They live in thickets and caves, and eat herbs and unprepared grain. They frequently eat each other. They cannot be considered human beings.

The sensibility exists to this day. Writing at the website AllAfrica, Radio Netherlands Worldwide’s Jannie Schipper reports on the plight of Africans in Morocco:

“Be careful, those blacks might eat you,” a Moroccan juice seller in the little border town of Fnideq warned us. They might what? “Yes, really,” he replies. “They can do anything.” Taxi drivers waiting for customers at the dusty square are just as unenthusiastic about visiting those Africans camping out in the forest. “Don’t go there, it is dangerous.”

“Arabs hate black people. And that is not from today, it is in their blood,” says Aboubakr, a young man from Senegal who is hoping eventually to cross over into Europe. He spent almost a year in Morocco’s capital Rabat before coming to this forest camp near the Spanish border and his experiences there left him feeling bitter.

Finally, there is this: 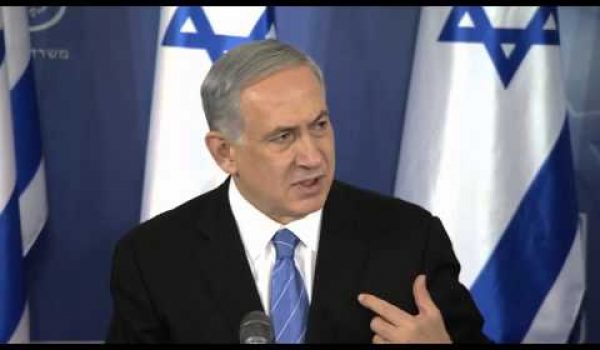 Obama’s rule for fighting terrorism: ‘Except when it targets Jews’
Next Post
Flashack: Cuomo in 2002 said campaigns should be about a good, honest discussion on the issues