Attorney General Eric Holder announced Thursday that the Department of Justice will pursue the beheading of American photojournalist James Foley as a criminal matter. Syndicated columnist Charles Krauthammer equated that to FDR opening a criminal investigation against the Japanese Pearl Harbor bombers.

Matthews was furious over the notion of opening a criminal investigation, calling Foley’s beheading “an attack on our country” requiring immediate action. “He [President Obama] has to strike back,” he said. “He has to — it’s in our soul.”

Krauthammer admitted that for perhaps the first time he agrees with Matthews, and said Holder’s announcement amounts to a throwback to pre-9/11 days when acts of terror were considered mere crimes.

“They’re not,” he insisted. “They’re acts of war against the united States.”

Then he made the comparison that brought everything into focus.

“It’s as if FDR were to announce the day after Pearl Harbor we were going to track down the pilots who bombed us,” he said.

He reminded Kelly that ISIS “has declared open war on the United States, of which the beheading of that journalist–of that American–was simply one instance.”

How many more Americans will be beheaded before Obama grows a pair and declares war on ISIS?
Next Post
Video: Lifestyles of the Rich and Famous, Hillary edition 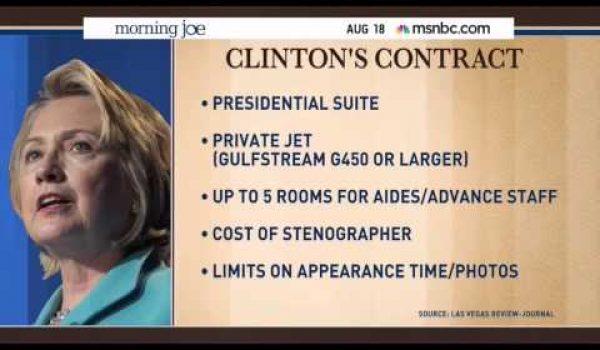