In the 2012 Presidential election, Paul was the vice-presidential running mate of Republican nominee Governor Mitt Romney.

Paul Ryan is a fifth-generation Wisconsin native and lives in his hometown of Janesville with his wife, Janna, and their three children: daughter Liza and sons Charlie and Sam.

A. I’d argue there isn’t just one leader in the Republican Party right now; there are several. We’ve got great governors like Scott Walker and Rick Perry, and we’ve got a deep bench of talent in Congress from Senators Mike Lee and Marco Rubio to Congressmen Kevin McCarthy and Steve Scalise.

So a lot of people are offering solutions, and I’m just trying to do my part. I’d say the GOP is in the middle of an intellectual ferment. The way I see it, we’re not the opposition party so much as the proposition party.

Q. Amazon describes your book – that debuted on August 19 – as follows:  “The Way Forward challenges conventional thinking, outlines Ryan’s political vision for 2014 and beyond, and shows how essential conservatism is for the future of our nation.”

Can you offer a few examples when you’ve challenged conventional thinking?

A. Take Medicare. It’s there today for my mother when she needs it. But it’s also in real danger; its finances are deteriorating. We have a responsibility to strengthen the program so that it’s there for our children and grandchildren.

When I first introduced my plan to save Medicare in Congress, only a few of my colleagues signed on. The pundits said, “Don’t touch it.” But after talking with my colleagues and our constituents, support steadily grew. And now, the House has passed a plan to strengthen Medicare four years in a row.

Another example is poverty. For some reason, people think poverty isn’t a “Republican issue.” But the way I see it, fighting poverty is just another way of expanding opportunity. That’s an American issue, and any national party should take it on.

So I’ve offered a number of ideas to fight poverty, and I’m hoping to work with community leaders across the country to figure out how we can help working families get ahead.

Q. At the 2012 Republican National Convention, where you accepted the nomination to be Mitt Romney’s vice presidential running mate the U.S. National Debt Clock was ticking away within clear view of the stage. I took this photo of the debt clock from my seat. At the time, it read $15.9 trillion.

A week later — during the Democratic National Convention, the national debt had reached $16 trillion, and yet no Democrats bothered to mention the milestone. Now, two years later, the national debt is $17.6 trillion. No nation in the history of the world has ever been so deeply in debt. Is this our doomsday clock?  Is there any way we can stop or turn back the debt clock?

A. Absolutely. In the House, we’ve passed a plan to balance the budget in just ten years. But more than that, our budget would get our country moving again. It would pay down our debt, grow the economy, and help create jobs.

The debt threat may be more urgent today, but it’s not insurmountable. We know what to do; we just need to elect leaders who will take this issue head on.

Q. Real Clear Politics regularly posts 2016 general election match-up polls revealing how the most likely GOP presidential candidates would fare against Hillary Clinton if the 2016 general election was held today. And there is good news for a Ryan-Clinton match-up. Real Clear Politics has Clinton –the giant of the Democratic Party with two years still to go – defeating you by a mere 6.7% – the smallest margin of defeat compared to other potential GOP candidates.

Does your consistent showing as the GOP’s lead horse in these match-ups, give you an incentive to seek the 2016 GOP presidential nomination?

A. I’d say that’s a question for 2015. Next year, my wife Janna and I will have a long conversation about this and give it the consideration it merits. In the meantime, I’m focused on my job in Congress because we’ve got a lot of issues to tackle.

Q. You chose three states for your book tour – Florida, Oklahoma and Texas. And your tour schedule shows that, out of the 15 cities you will visit, the first nine are in Florida. Why all the emphasis on Florida?

A. My mom lives in Florida, so it’s really just an excuse to see her. All kidding aside, in 2012 I got to spend a lot of time in the Sunshine State, and I’m excited to be back. 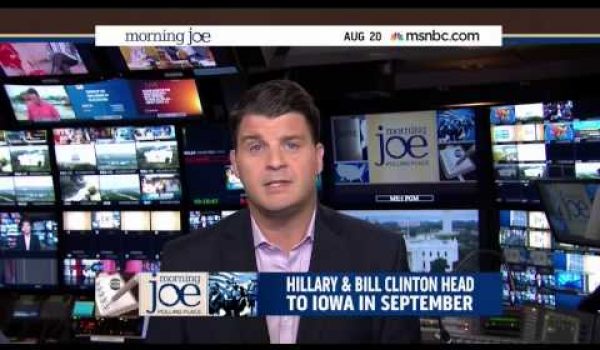