Where is former New York Mayor Michael Bloomberg when you need him? Evidently the Islamic radicals sympathetic to Jihad are not too concerned about keeping their identities secret, as they are openly using Twitter to post photos of their “booty,” their tortured victims, loving tributes to their “martyrs,” declarations in support of Gaza and the caliphate and against Americans and “Zionists,” and their children sporting various extremist garb.

The Islamist savages have also developed a hashtag to taunt Americans, which has not gone very well for them. The hashtag #MessageFromISIStoUS has been hijacked by Americans sending their own messages (oftentimes featuring images of bacon or crude images of jihadists and various farm animals). The author did come across hashtags used by the Islamic State supporters that sadly featured images of children, presumably their own children, in solidarity with the murderous radicals.

One proud papa displayed this image, pledging his childrens’ support of “Daash” (ISIS):

One man, @CubBaghdadi, tweeted this image:

Another child sports an ammunition vest:

Pardon the author for assuming the below sender is from Hamas. In this video, a baby is sporting an ISIS mask and a weapon. The accompanying tweet (translated) says in part,

“…from Gaza land of honor, despite the bombing and destruction of my daughter send each supporters of the Islamic State…”

Other posts were too graphic to include here, but some interesting tweets featured the Mosul Dam, which was taken over by the Islamic State.

The radical jihadists also sent messages to America via YouTube.

One such message was tweeted by @al_khansaa2, including a YouTube video featuring CNN reports and testimony from Iraq War veteran Mike Prysner, who testified in 2008 against the Iraq war:

“We were told we were fighting terrorists, but the real terrorist was me and the real terrorism is this occupation. Racism within the military has long been an important tool to justify the destruction and occupation of another country. It has long been used to justify the killing, subjugation, and torture of another people. Racism is a vital weapon deployed by this government. It is a more important weapon than a rifle, a tank, a bomber or a battleship. It is more destructive than an artillery shell, or a bunker buster, or a tomahawk missile. While all of those weapons are created and owned by this government, they are harmless without people willing to use them.”

Prysner must be proud that his moronic testimony is being used by the actual terrorists; the Islamic radicals who have taken over Iraq.

The video message to the American people, and “especially” to President Obama:

As previously reported at the Brenner Brief, Islamic State fighters have expressed defiance over U.S. airstrikes designed to remove American citizens from the region.

Cross-posted at the Brenner Brief 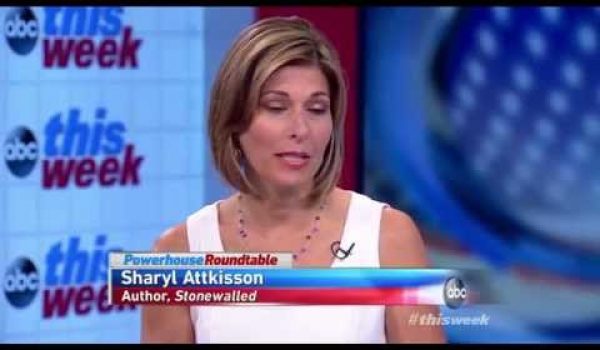