You know that a group is brutal when the terrorists behind 9/11 disassociate themselves from that outfit because of their disregard for human lives. According to the Mail Online, a pile of papers found at the hideout of Osama bin Laden included a 21-page letter that warned of the rise of a new and ruthless gang of Islamic extremists capable of such unheard-of brutality that al Qaeda should sever all links with them. The name of that group: ISIS.

The memo claimed that ISIS had such complete disregard for civilian life that it could damage al Qaeda’s reputation. Think about that for a moment. The organization that killed thousands couldn’t countenance ISIS’s brutality.

The document, written by one of bin Laden’s senior officials in 2011, went on to catalog some of its acts of barbarism – including the use of chlorine gas as a chemical weapon, bombing mosques, and a massacre in a Catholic church in Baghdad.

ISIS, which now controls large swaths of both Iraq and Syria, has proven that memo correct. As its troops conquer more territory, pictures of beheadings and crucifixions of children and adults have leaked out along with reports of mass murders, rapes, and women being sold into marriage.

But what marks them out as being particularly savvy is the way they have used social networking sites like Twitter and Facebook to create a digital ‘public relations’ machine to promote their jihad and strike fear into the hearts of their enemies.

Any fighter on the ground can film an act of brutality and upload the footage in a matter of minutes – although some videos of botched amputations or killings have led to a clampdown by IS commanders. One Spanish fighter promised to upload a film of a man being crucified for his friends back home, but was quickly reprimanded by his superiors.

His later contrite posting simply read, ‘Our leadership forbade anyone filming it.’

However, the videos already in circulation have already created a climate of terror.

Some opposition soldiers, particularly in Syria, are defecting to the group. After all, IS has money – some of which is said to have come through private donations from Saudi Arabia and Qatar.

Equally, those captured by the militia face a stark choice – defect or die.

Despite being trained by American troops, the Iraqi army has proven worryingly ineffective in taking on this threat.

It’s why the terrorists now control much of the north of the country. They have also seized a former chemical weapons plant and a large dam that could be blown up to flood the regions downstream.

ISIS is the greatest terrorist threat to western freedom in the world today. This “caliphate” threatens the U.S. and promises to send its army of extremists against the West to kill and maim in the name of Allah.

Man viciously attacks girlfriend after dreaming she cheated on him, threatens to kill her
Next Post
Report: Bill Nye and his pal Al Gore get physics of global warming wrong (Video) 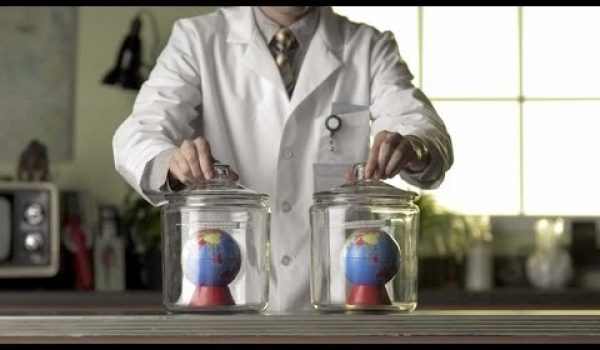