Somehow, one gets the sense that this open letter to Barack Obama is not one that he will share in whole or in part with the American people. Its author, Michael Gordon Lotfi, will not be invited to stand behind the president in a future Rose Garden press conference.

In a sense, this is a letter of resignation, though Obama (despite what he probably thinks) is not Lotfi’s boss. Lotfi, who fulfilled a dream of becoming a doctor, is leaving medicine because of Obamacare.

His absence from the health profession will add to doctor shortage, which is anticipated to reach 90,000 physicians by 2020 and a whopping 130,000 or more by 2025. Partly, this shortage is the inevitable result of doctors born in the baby boom who are retiring. But the Affordable Care Act will be a contributing factor.

Mr. President, I was born at Centennial Medical Center in Nashville, Tennessee. My mother would later take a job delivering babies in that same operating room only a couple years later. My parents got a divorce when I was young. There were many times during the summer when she would be forced to take my sister and me to work with her. I vividly remember the child version of myself walking the halls of the same floor I was born on in fascination as the years passed. The anesthesiologists used to bring us candy and watch movies with us. When the holidays came, a nurse by the name of Patty Vaughn (we called her Granny), would have bags of presents for my sister and me. Donna Smith, a surgical first assistant who came to America from Canada to work in a free-market healthcare system, use to babysit us.

Donna’s two-story town-home became a 3rd home (2nd was the hospital). We spent countless nights  at her house. Patty passed away when I was ten. I still remember the last box of moon pies she gave me for Halloween that year. To this day every time I see a moon pie I think of her. Donna helped me through my undergrad at Belmont University. With tuition at $30k/year money was tight. Donna never let me go without a meal. You see Mr. President, the smell of sterile operating rooms, horrible coffee, crisp white coats, and cold metal was my destiny. The first time someone ever asked me what I wanted to be when I grew up I responded, “Anesthesiologist”. I had no idea what they even did, but it was the first big word I learned to pronounce as a 6-year-old. The hospital is my family. It’s all I’ve ever known.

Twenty-one years after my birth, in the same hospital, I listened to a fetal heart beat through my very own stethoscope as a student. You know, it’s quite magical. As the cool, metallic bell lies upon the tight skin of a young mother’s stomach anxiety, fear and joy are all present in her face. A week before my birthday I stood at the side of the laboring mother. There’s no other way to explain childbirth than witnessing the face of God. The emotion is enveloping. You can only try (unsuccessfully) to hold the tears back. I knew at that moment what a gift God had given me. To be allowed the involvement of such a beautiful, pure moment was not to be unappreciated. When I started college I knew where I was going. You had just won the election. I remember the cameras focusing in on Oprah Winfrey’s face. Tears streamed down. At the time, I knew nothing about politics. My biggest concern was a girl in my Anatomy & Physiology class I had a crush on. I paid little attention to Washington DC.

I worked hard. Multiple all-nighters, falling asleep behind the wheel of my car countless times, thousands of shots of espresso (I actually took a job at Starbucks to support the habit) and 15k note-cards later I had graduated in the top 5% of the country. However, during those last few years something changed. We studied medical legislation for an entire semester. It’s no secret that the federal government has over-burdened the healthcare market, which has manifested astronomical costs to consumers. However, in 2010, democrats forced through the partisan Patient Protection & Affordable Care Act(Obamacare), which was later funded by both democrats and republicans. Since the passage of Obamacare everything has changed. When I started college I never intended to work for the government. I never thought I’d have a government bureaucrat dictate what I was worth to the market, and I certainly never imagined those same bureaucrats (who have absolutely no medical training) telling me how to treat my patients. I remember the day Obamacare became law. I was sitting in the hospital working in the anesthesia department part-time to cover the costs of tuition. Dr. Alfery, a mentor of mine, looked over at me and said, “Run — It’s not too late to change majors.”

Your legislation has caused countless doctors to go into retirement early, opt for cash-only practices, and has discouraged bright, young minds from entering the field. With student loans reaching $300k, incalculable opportunity costs and 8 years lost to school, students seeking medical degrees give their lives to the practice. Starting our careers at 30 while dictating to us how much money we can make is nothing short of destroying all incentive to enter the field.

Since that day I’ve yet to find a doctor who recommends the field. People respond to my complaints, “It’s still going to be a good job”. I don’t want a “good job”. I have not fought for a government entitlement of a “good job”. I want an incredible career. That’s what I have fought tirelessly for.

I have been on a path to enter the Air Force and continue my education in medicine. I have been dreaming of specializing in pediatric neurosurgery for half a decade. After quite literally losing my hair from the internal conflict, considering the sunk costs and evaluating different avenues I have decided. I have decided that I believe in the principles of a truly free-market, and I trust the free-market. Because of this deep, internal value system I cannot, with clear conscience, continue on this path. My life has value. Such value cannot be calculated by Washington bureaucrats. I won’t allow it. Only a true free-market can accurately assess the value I am capable of.

Mr President, I’m leaving the medical field. I’m hanging up the white coat. However, let me be clear. You have not won. Unless something “changes”, you’ve lost and will continue to lose. You will fail because you lack principle. Meanwhile, we will succeed because we are born of principle. 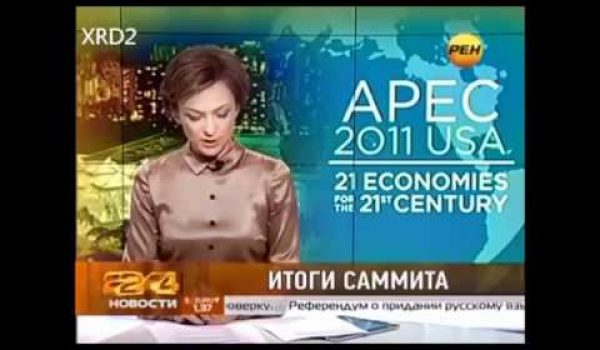 Video: Russian laser show depicts Obama ‘fellating’ banana
Next Post
Not sure this was on the president’s birthday wish list, but…