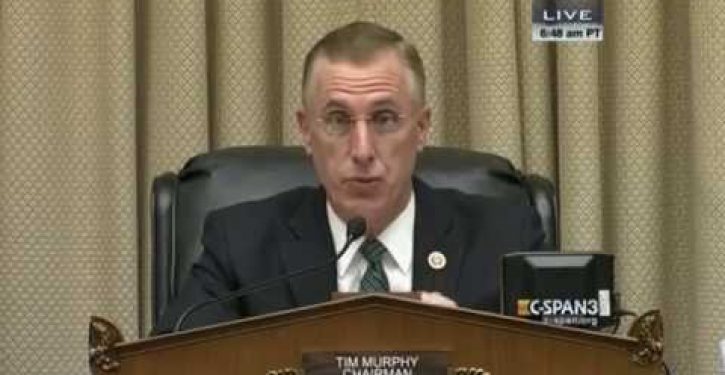 Remember the “glitches” that plagued Healthcare.gov soon after its rollout? So, I’m sure, does Barack Obama, though he doubtless tries hard to blot them from his memory. Calling the frequent crashes and other tech-driven embarrassments glitches is like calling Mt. Everest a molehill. Like Everest, moreover, the glitches appear to be permanent fixtures, as evidenced by the fact that at this late date the “back end” of the federal exchange is not totally functioning.

But at least, the future of the website, which has now cost taxpayers close to $1 billion, is bright, right? Er, that depends how you define bright. Andrew Slavitt, principal deputy administrator of the Centers for Medicare & Medicaid Services, testified before the House Energy and Commerce Committee today that “there will clearly be bumps” in the second Obamacare enrollment season.

Slavitt, who worked on the Obamacare website in the private sector before being brought to HHS by new Secretary Sylvia Matthews, told the panel that CMS has streamlined management and is doing more testing than last year. He said the agency is “expecting to have a good open enrollment” but added that “I expect it won’t be perfect.”

“Fortunately or unfortunately, the GAO report wasn’t news to people at CMS,” he said. The staff have “lived through that nightmare and don’t want to go through it again.”

The report in question, released this morning by the Government Accountability Office, notes “rampant mismanagement, mistakes, and cost overruns.”

California unions: Medicare for all!
Next Post
Cartoon of the Day: Let’s make a deal