The slavishness with which the Obama administration acted today as a repeater for the Hamas narrative requires calling out here.

On Wednesday morning, Hamas launched mortar fire at IDF assets from the Abu Hussein school in the Jabaliya refugee camp in northern Gaza.  The school was being used by UNRWA, the UN aid agency, to house Gazans who had fled their homes in recent days because of the fighting.

The IDF reported that it responded by firing several tank shells at the Hamas firing position.

Tragically, the damage done by the IDF counterfire appears to have included at least 20 people killed and 90 wounded in the school building.  The New York Times describes the impacts from four rounds on the school site:

One hit the street in front of the entrance, according to several witnesses. Two others hit classrooms where people were sleeping, and a fourth struck a house behind the school.

The war crime here is that Hamas set up a firing position in a facility that was housing civilian refugees. (See Article 8.2 (b) of the Rome Statute.)

The Hamas war crime is only compounded by the fact that UNRWA says it notified the IDF 17 times that it was using the school to shelter refugees.

Hamas, which administers Gaza and knows everything that goes on there, and whose guerrilla terrorists were the ones at the school launching mortars, was well aware that Gazan civilians were being sheltered in the school building.  Hamas cannot plead ignorance.  Its operatives knew quite well that they were committing a war crime by turning a refugee shelter into a combat firing position, thus inviting counterfire on it.

There are basically three potential responses to this event.  One is to accept and work with the timeline laid out by the IDF.  The second is to dispute the IDF’s narrative; e.g., suggest in some way that the IDF was mistaken about the Hamas mortar fire, or that it is lying, or something along those lines.  If there were information to impugn the IDF statement with, we might expect responsible governments or media to acknowledge that, and refrain from condemning either side until more had been clarified.  (Notably, no such dispute has been offered.)

The third response is to simply dismiss the IDF account as though it had not been given, and speak of the event in the terms encouraged by Hamas and Hamas’s sympathizers.  In those terms, the Hamas mortar fire is ignored entirely, and what happened was that Israel shelled a UN shelter, in spite of having been warned that it was a UN shelter.

The White House condemned the shelling Wednesday of a U.N. school in the Gaza Strip that was sheltering Palestinians displaced by the fighting between Israel and Hamas militants in Gaza. …

White House spokeswoman Bernadette Meehan also said the U.S. is “extremely concerned” that thousands of Palestinians aren’t safe in U.N.-designated shelters, despite being told by Israel’s military to leave their homes.

This is the height of irresponsibility.  There is no principle of international law or convention that can enforce itself. When those principles are breached, it is some responsible party breaching them.  The responsible party in breach here is Hamas.

No one has a right to protection at a Hamas firing position.  There is no international law or convention that mandates such protection.  None of us could defend ourselves against anything if there were such a mandate.  That’s what makes it a war crime to wage combat from behind protected persons or sites: the necessity it creates for attacking them.

Responsible condemnations of civilian casualties in Gaza should always point back to Hamas’s evil in exploiting this principle to maximize deaths among Gazans, over and over and over again.  No matter what the particulars of the incident, the essential factor for which there is no excuse is that Hamas invites fire down on the heads of the Gazan people, by maneuvering its most dangerous activities into their midst.  That’s the strategic-level “macro” reality of the conflict as well as the tactical-level reality.

The Obama administration not only failed to make that point, but focused on the “shelling” of the school, as if it were a disembodied action to be condemned in its own right.  That’s Hamas’s narrative.  It’s the narrative repeated faithfully by Hamas sympathizers in the West, who themselves heap danger on the people of Gaza by acting as human microphones for Hamas.

Perhaps the Obama administration doesn’t realize that neutrality about this conflict is immoral, and inadmissible as a basis for national policy.  If that’s the case, it has no business being in the Oval Office in the first place.

Or perhaps the Obama administration is just going out of its way to avoid condemning Hamas, disguising that purpose under a seemingly neutral concern about “shelling.”  Either way, the implication is damning for Obama. 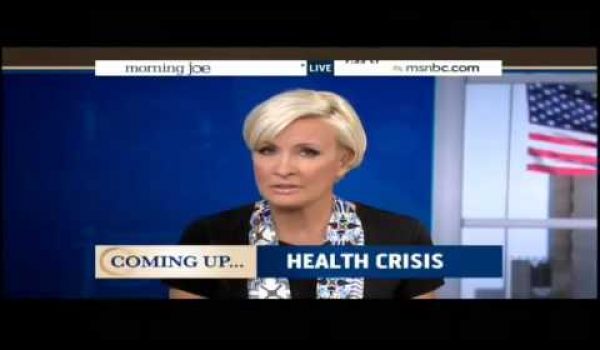