Q. Since 2002 when you wrote your ground-breaking number one best-selling book, Bias about the broadcast media’s distortion of the news, the media landscape has significantly changed due to the explosive growth of cable, the internet and social media.

Now, given the declining influence of traditional networks and other liberal news outlets like the New York Times and Washington Post coupled with the rise of conservative media on all platforms, do you think the general news environment has become more or less biased since 2002?

A. There have been some slivers of sunshine since Bias came out. Now, even some liberal journalists acknowledge the obvious: that liberal bias exists; that it’s not a conservative delusion. But …

When Barack Obama arrived on the scene too many journalists decided it was no longer enough to simply chronicle history. Now they wanted to help shape history – because Obama was a historical figure.

Chris Matthews said he got a thrill up his leg when Obama spoke. That’s not political analysis. It’s a man crush. But my favorite example of slobbering came on Christmas morning, 2008, right after Obama won the election. It’s from a page one Washington Post story on Mr. Obama’s exercise regimen. It reads: “The sun glinted off his chiseled pectorals sculpted during four weightlifting sessions each week, and a body toned by regular treadmill runs and basketball games.” Sounds like something you’d read in a romance novel with Fabio on the cover.

Q. Do you believe that Americans are increasingly self-selecting their news according to their political tilt? If so, what will be the long-term national effects of this media polarization?

A. Yes. Too many people search for “news” that reinforces their own biases. They’re looking for validation more than real news. And I fear this media polarization will speed up the polarization we already see in our culture at large. This can’t be a good thing.

Q. Since you are a regular guest on The O’Reilly Factor on Fox News do you agree with Bill O’Reilly when, on his show back in February he reacted to a study concluding that Americans are uninformed and said, “America is in decline because so many citizens are not paying attention and are not interested in the welfare of the country”?

A. Whether America is in decline or not, I’ll leave to others. But too many Americans can’t tell you how many states there are in this country, let alone have an intelligent conversation about complex issues. What’s odd is that this comes at a time when we have all sorts of ways to get information. In the old days, when there were far fewer ways to get the news, Americans, I think, were more informed than they are today. There are times when I think we’re living in the United States of Stupid.

Q. Can you give readers your vision about what media in America will look like ten years from now in 2024?

A. I’m a journalistm not a fortuneteller. Ten years ago, I would have never seen what we have today in the news media. You can practically get the news on your underwear. So, I’ll pass on the opportunity to look foolish by trying to predict what things will look like in 2024. But thanks for asking.

A. The entire Kardashian family and if there’s a slot left over, the jerk who programs Bravo television, where everything is crap.

Tweet of the day: Behind an uncertain present, a haunting past
Next Post
Video: Prager U on teacher’s unions vs. students 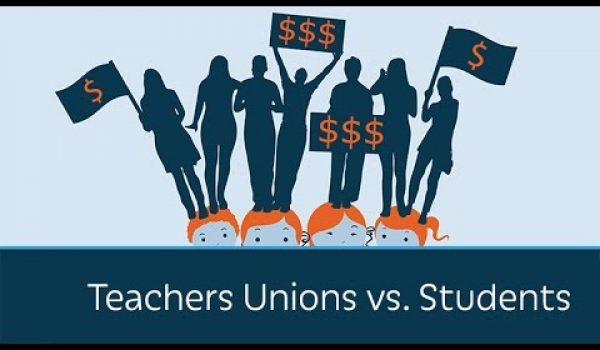