A government-backed report has confirmed complaints made by pilots flying to Southern California, that a “nearly blinding” glare can be seen emanating from a massive solar thermal facility in the Mojave Desert.

According to a report by researchers at the Sandia National Laboratory, the Ivanpah solar thermal plant is “sufficient to cause significant ocular impact (potential for after-image) up to a distance of ~6 miles,” adding the glare was not enough to cause permanent eye damage.

The Ivanpah solar plant went online late last year. The facility, however, is not your typical solar plant — it uses 173,500 large mirrors to reflect sunlight onto boilers on three 459-foot towers to generate power. These large mirrors, or heliostats, are responsible for creating a glare that can be seen by pilots.

According to Sandia’s report, the results “showed that the intense glare viewed from the airspace above [Ivanpah] was caused by heliostats in standby mode that were aimed to the side of the receiver.”

Sandia’s report provided aerial photos from 30,000 feet in the air that clearly show a bright light coming from Ivanpah’s heliostats. The report advises:

At distances greater than ~6 miles (10 km), a low potential for after-image exists from the heliostat glare as a result of the reduced retinal irradiance and subtended angles. It should be noted that two of the authors who were in the helicopter qualitatively confirmed these results after observing the glare. The pilot acknowledged that the glare was very bright, but he also stated that it did not impair his flying ability since he was aware of the glare and avoided looking in that direction when flying over [Ivanpah].

The government-funded solar facility has caught the eye of pilots for months now, who have been sending complaints to the Federal Aviation Administration. The Daily Caller News Foundation documented the complaints last March.

“At its brightest neither the pilot nor co-pilot could look in that direction due to the intense brightness,” complained one pilot who was flying southwest from the Boulder City, Nevada airport, adding:

From the pilot’s seat of my aircraft the brightness was like looking into the sun and it filled about 1/3 of the co-pilots front windshield. In my opinion the reflection from these mirrors was a hazard to flight because for a brief time I could not scan the sky in that direction to look for other aircraft.

An air-traffic controller told the FAA last year that “during the late morning and early afternoon hours we get complaints from pilots of aircraft flying from the northeast to the southwest about the brightness of this solar farm.”

The FAA has been aware of the problem since last November, and has since sent out a letter to airmen, warning them of the glare over the Ivanpah facility. Invanpah’s co-owner, NRG Energy, has also been notified of the blinding glares.

Sandia reported that “new strategies for positioning heliostats in standby mode are being developed and implemented to reduce the potential impacts of glare.” 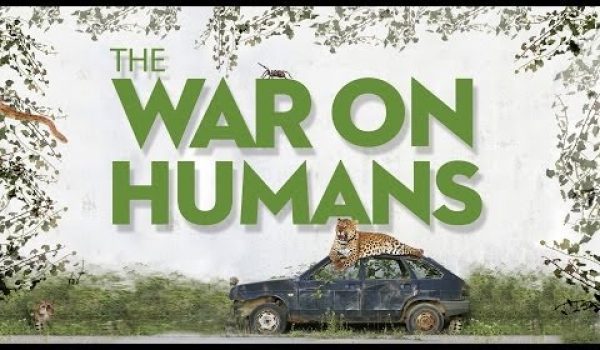 Decimation of human species next frontier for radical environmentalists
Next Post
Tweet of the Day: Sec of State Lurch and PM Netanyahu exchange a warm handshake