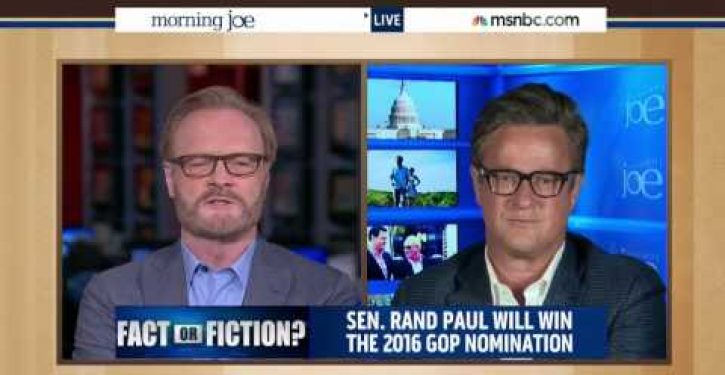 Scarborough’s assessment was in response to a “Fact or Fiction” Q & A during which co-host Mika Brzezinski presented a series of political premises for discussion among the show’s panelists.

By “his father’s son,” Scarborough referred to Paul’s father Ron Paul’s presidential campaigns that failed because of his libertarian principles — especially isolationism.

Watch the exchange via the Washington Free Beacon:

Last Friday, Gov. Rick Perry, R-Texas, addressed that very issue — isolationism — in an op-ed he wrote for The Washington Post.

Perry opined that although the idea of turning our back to the Middle East is very tempting, it would intensify the threat of terrorism both here and abroad, and “would only endanger our national security even further.”

He then took a swipe at Paul:

That’s why it’s disheartening to hear fellow Republicans, such as Sen. Rand Paul (Ky.), suggest that our nation should ignore what’s happening in Iraq. The main problem with this argument is that it means ignoring the profound threat that the group now calling itself the Islamic State poses to the United States and the world.

CNN’s Peter Hamby reported the following day in a series of three tweets that the Paul camp took a swing back:

In March, Paul was seen as the only Republican capable of besting former Secretary of State Hillary Clinton in a presidential face-off, according to Newsmax, which then cautioned:

Hamby’s last tweet drew a lot of responses — most of which were along this line:

But it was a reply to his first tweet that I found most clever:

@PeterHambyCNN If Paul were a conservative or even a Republican, I might care. He’s a libertarian in Republican drag. @allahpundit

And that’s precisely what Scarborough was referring to Monday morning. Paul may call himself a a conservative, but when you peel away the layers, what you find at the core is a libertarian. 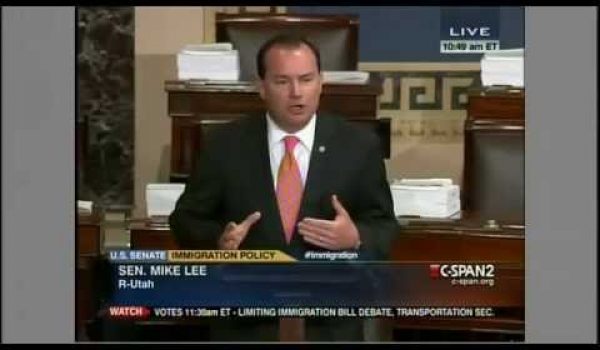 Obama’s two biggest lies about illegal immigration (Video)
Next Post
Archie, of comic book fame, must die, but his death will not have been in vain