“It also hasn’t been released what the diameter, strength or material (wooden dowel, lead pipe, etc.) was used as the makeshift flagpoles…”

Despite confusion among news organs as to which department the agent in question is answerable to, a federal agent opened fire during physical violence at a pro-Israel rally in California. As reported by KNBC, gunfire erupted at a pro-Israel peace demonstration that was loudly interrupted by pro-Palestinian protesters.

Apparently in response to the current armed conflict between Israel and Hamas, and also as a counter to the pro-Palestinian march last week-end, reportedly 500 marchers supporting the Jewish State assembled outside the Los Angeles Federal Building on Sunday afternoon. By all accounts, the group was peaceful until the closing moments of the rally, when a pick-up truck filled with pro-Palestinian sympathizers drove by, and, according to witnesses, agitated and taunted the Israel supporters.

Four of the pro-Palestinian riders were arrested by Los Angeles County Sheriff’s deputies for allegedly assaulting the pro-Israeli marchers with the wooden flagpoles they used for their Palestinian flags. When one of the riders lost his grip on his flagpole, he ended up in a scuffle after he exited his truck to retrieve it. It was then a federal law enforcement officer intervened and a shot was fired by the official. According to the sheriff’s department, no one was injured by the gunshot.

The federal agent was a member of the Federal Protective Service (FPS), one of the many organizations that falls under the overall control of the Department of Homeland Security.

As of the time of publication, no official explanation was given for why the agent used his firearm. However, it is common knowledge that if a law enforcement officer reasonably believes a suspect is using a vehicle as a deadly weapon, he may use deadly force to protect himself or innocent possible victims from harm. 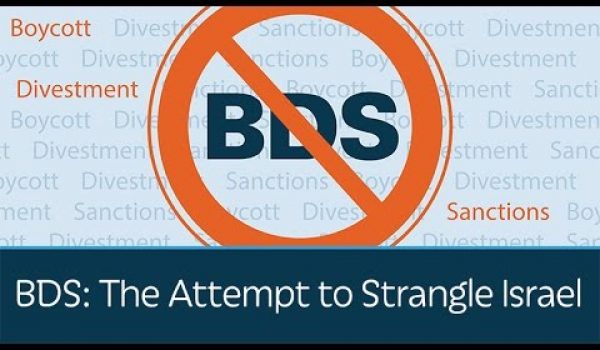 Video: Prager U on the evil that is BDS
Next Post
The ‘hate crime’ that wasn’t: The case of Shaima Alawadi (Video)