My hat is off once again to Don Lemon. I silently doffed my hat to the CNN host in June when Deneen Borelli’s posted a piece at LU that applauded Morgan Freeman for affirming as a guest on Lemon’s show that “anybody can succeed in America regardless of race or life’s challenging circumstances.” In the exchange that led up to this affirmation, Lemon said something equally refreshing, if revealing about the conversation on race in this country:

You know, I said — this will probably get me in trouble, but I said to some of my colleagues recently, so I know that it’s an issue. But I’ve been — it seems like every single day on television I’m talking about race. And it’s because of the news cycle and it’s in the news, but sometimes I get so tired of talking about it. I want to — I want to just go, this is over. Can we move on? [Emphasis added]

Now Lemon has gone and done it again. He has earned my admiration for a comment he made on The Tom Joyner Morning Show.

Via Matt Wilstein of Mediaite:

Despite Team USA’s loss on Tuesday, Lemon said they “taught us about what it means to be an American, to be a real patriot.” He said, “what they did as a disparate team of brothers unwittingly inspired Americans to come together to actually socialize with each other, in person and not on some electronic device.”

The display showed Lemon that Americans “aren’t as divided as we think we are,” adding, “More often than not we think of ourselves as black, white, Asian and Hispanic when the real America is so much more than that.”

“Think about just how much we’d get accomplished if we collectively viewed the people with whom we came into contact as just an American and not an American with a prefix,” he said. “If we did it for something arguably as trivial as a sporting event, surely we can do it for something as important as democracy — just as our founders did 238 years ago this week. Something to think about on this Independence Day.”

The audio may be found here.

At a time when the country is bitterly polarized, it’s uplifting to hear a black man counting his blessings as an American. It would be even sweeter to hear that message from the black man currently residing at 1600 Pennsylvania Avenue, but that just isn’t going to happen. 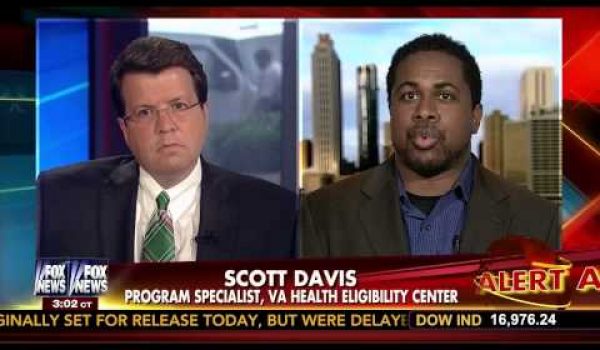 V.A. employee: They had us stop work on V.A. applications so we could work on Obamacare
Next Post
Court strikes down cyberbullying law; N.Y. workplace bullying bill also has constitutional flaws