The nude selfie strikes again. This time the subject was a female of the species, barely into adolescence. A 13-year-old male to whom she sent the seductive snapshot (presumably for his eyes only) went public with it. Now he is facing a lawsuit.

Courthouse News Service reports that in October 2013 the girl (identified in the criminal complaint as Jane Doe) sent G.D., her fellow classmate at Brooklyn Public Charter School, a nude picture of herself through Snapchat. By design, Snapchat deletes images 10 seconds after they’re received. But G.D. performed a screen capture of the picture and distributed it on Instagram and Facebook.

Judging from the details of the lawsuit revealed, the girl’s face was obscured:

Doe spotted the picture on Instagram after she was “tagged” as the subject of the photo, “making it obvious to everybody who saw it and knew her that it was a picture of her,” the lawsuit states.

Fearing that her parents would find out, and “to protect herself from unwanted harassment,” the girl deleted her online presence. She even changed her appearance by changing her hair style and wearing loose-fitting sweaters and sweatshirts “to avoid recognition.”

“Plaintiff was worried each school day because she feared other students had negative opinions of her due to the dissemination of the picture,” the complaint states.

The complaint further notes that the girl became depressed and began to engage in “self-harming behavior associated with suicidal ideation, including auto-asphyxiation.” She is seeking $70,000 in special and punitive damages for intentional infliction of emotional distress and fraud.

Her parents did ultimately find out about the picture. Parents always do. 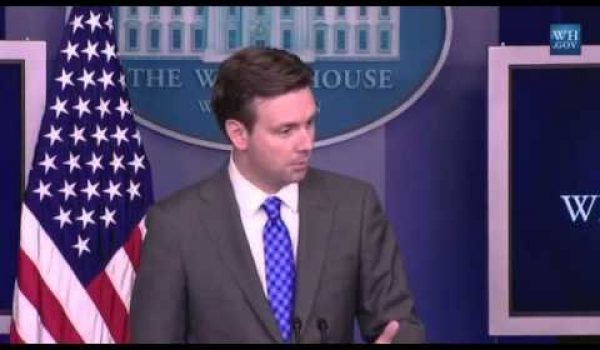 Video: WH challenged on its own pay discrepancy for women
Next Post
Obama drives up college tuition through perverse Pay As You Earn program