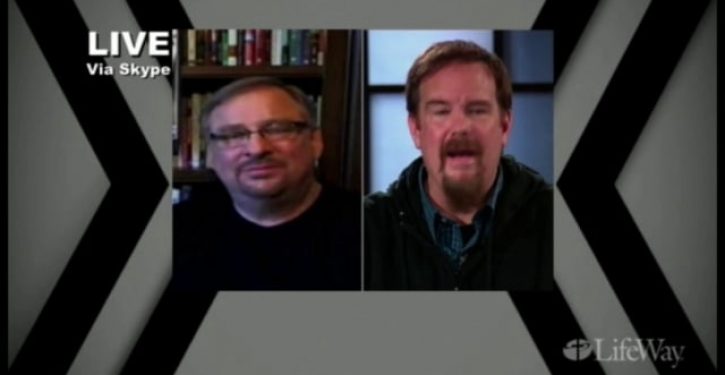 The U.S. Supreme Court has handed the Obama administration, and to a lesser extent his signature legislation coup (aka Obamacare), another stunning defeat. The website Christianity Today dubs it a lesson in the first freedom:

The ruling in favor of Hobby Lobby and Conestoga Wood Specialties underscores religious liberty as our “first freedom.” The freedom to exercise religion, enshrined in our Constitution’s Bill of Rights, has been called “the cornerstone of the American experiment” because it is from our religious freedom all of our other freedoms flow.

The decision, which split along largely partisan lines, marks the first time that the high court ruled that profit-seeking businesses can hold religious views under federal law. It also means the Obama administration needs to find another way to provide free contraception to women covered under the health insurance plans of companies that, like Hobby Lobby, oppose the use of contraception on religious grounds.

It should be emphasized that this decision affects only the contraceptive mandate under Obamacare — it does not for example apply to blood transfusions or vaccinations, if they conflict with an employer’s religious beliefs — but the setback is nevertheless huge.

Before the ruling, former U.S. Solicitor General Ken Starr pointed out that religious liberty was certainly at stake behind the legalese of the arguments being made by the U.S. government:

If the Supreme Court accepts the government’s formalistic argument (that a corporation cannot exercise a right to free exercise of religion), it will deal an unnecessary blow to the cause of religious liberty and simply create incentives for families of conscience to carry on their business enterprise in another form. The Greens will, win or lose, be able to carry on and continue their admirable mission to serve a cause higher and nobler than their own commercial success. But something very valuable—the nation’s historic commitment to religious freedom—will have been needlessly compromised.

It must be noted, this isn’t simply a “freedom to worship” issue, it is a “freedom of religion” issue. As Rick Warren pointed out in our video conversation, it has become quite common to hear the debate framed in terms of the “freedom to worship,” a subtle but not inconsequential change in the DNA of the “freedom of religion” protected in our Constitution. Religion (faith) belongs to every sphere of life, rather than a singular identifiable activity engaged or performed in a limited portion of life.

You can see that video here:

UPDATE: There is no higher court than the U.S. Supreme Court, that hasn’t deterred Democrats from pledging to fight back. DNC Chairwoman Debbie Wasserman Schultz (D-Fla.) said in a statement:

It is no surprise that Republicans have sided against women on this issue as they have consistently opposed a woman’s right to make her own health care decisions. Republicans have also blocked the Paycheck Fairness Act, which would bring us closer to the promise of equal pay for women. In the wake of this dangerous precedent set by the Supreme Court, Democrats in Congress will continue to fight on the issues of importance to women and their families.

The U.S military’s imagined racial slurs on American Indians
Next Post
Cartoon of the Day: The smell test