For your delectation, and before we have some well-deserved server downtime (which should be invisible to readers, but will likely inhibit emissions from the running-squirrel contingent here behind the curtain), here are some updates from the latest edition of Primary Night in America.

In the GOP Senate races:

What say you, LUers?  A general fizzle for the GOP insurgency on today’s results?

In the special Oklahoma race to replace retiring Senator Tom Coburn, Jim Lankford has resoundingly defeated the challenge from Tea Party-backed T.W. Shannon.  Lankford was elected to the U.S. House as a limited-government conservative, and has enjoyed wide support on that basis.  His victory in the Senate primary is by no means a blow to Tea Party hopes.  With 98% of the vote in:

(The balance has gone to the 5 other candidates in the GOP primary.)

The GOP primary in Colorado is being called by everyone for Beauprez at this point.  The spoiler roles of Gessler and Kop will bear some analysis afterward.  They’ve each drawn a healthy percentage.  With nearly 74% of the vote in:

In Maryland‘s GOP race, I can only find that about half the precints are in at this point.  Hogan is well up on Craig, and I don’t think anyone expects the lagging candidates (Lollar and George) to make big gains as the count improves.  At 50% reporting:

In the Florida-19 special election, a winner has been decided:

Oklahoma-5 GOP (replacing Lankford, who will now run for Senate in the general election), with 97% reporting; looks like a runoff will be required:

So:  Talk amongst yourselves.

Awkward: Lawmakers hold hands, sing in civil rights commemoration
Next Post
The WH has turned over 24,000 emails to Congress, but what of it? 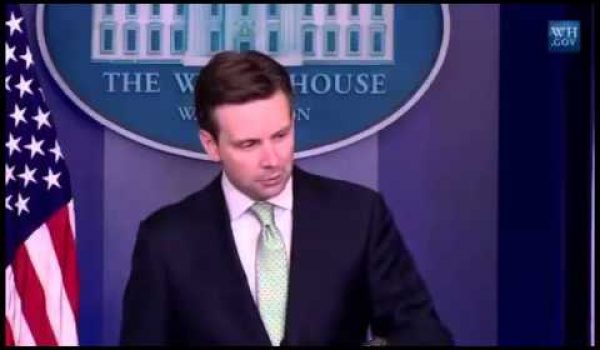