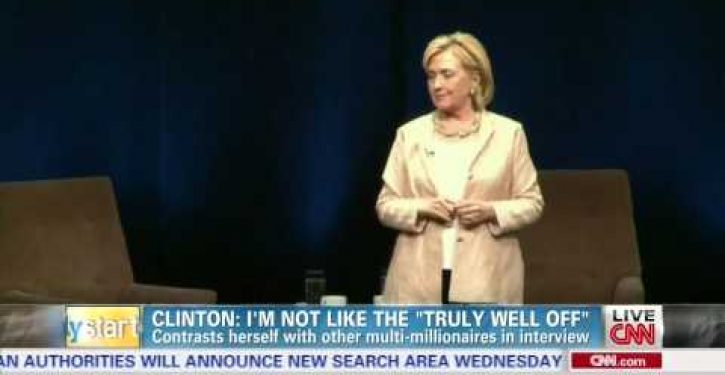 Today, Jerome Hudson of the Daily Surge coined a phrase – “millionaire denialism” – that aptly describes many of the political elite who dismiss their riches while bashing the so-called “one percent.”

Those who preach about “income inequality” are rarely challenged about their own wealth.

Monday, however, CNN pundits – who are now likely under investigation – could not contain their incredulity over statements made by Clinton during an interview with Ed Pilkington at the Guardian.

Here is the notable excerpt:

But with her huge personal wealth, how could Clinton possibly hope to be credible on this issue when people see her as part of the problem, not its solution?

“But they don’t see me as part of the problem,” she protests, “because we pay ordinary income tax, unlike a lot of people who are truly well off, not to name names; and we’ve done it through dint of hard work.”

The comments come after Clinton referred to herself as “dead broke” after Bill and Hillary left the White House.

The astounding hypocrisy was too much for even CNN, as Early Start‘s Miguel Marquez and co-host Alison Kosik could not contain their laughter:

It is reminiscent of when Michael Moore insisted that he was not one of the “one percent.”

Watch Micheal Moore’s reaction when a reporter says he is worth $50 million:

This is Michael Moore’s house:

This is Elizabeth Warren’s house:

The phrase “Millionaire denialism” is perfect. 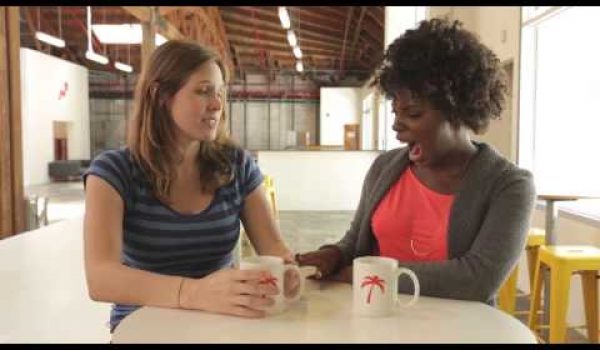 If black people said the stuff white people say
Next Post
What difference does it make: GOP needs to answer that question