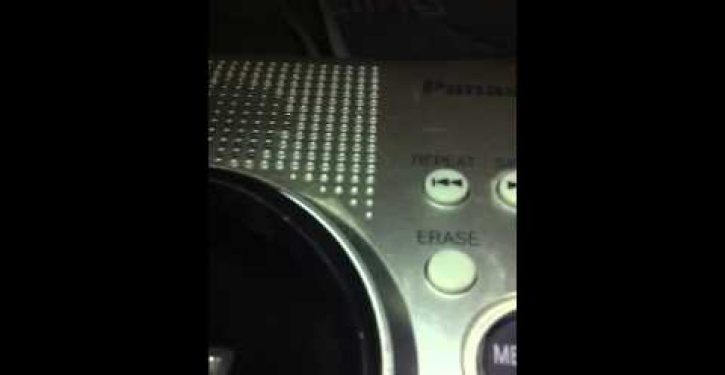 The Right Scoop posted a bizarre recording Monday that is alleged to be a last-ditch robocall from the embattled campaign of incumbent Republican Senator Thad Cochran (pictured, right), who is running against Tea Party candidate Chris McDaniel (left).

As reported at the Examiner, in the recorded message, the speaker bashes the Tea Party for “their disrespectful treatment of the first African American president…” and continues to lament, “If we do nothing, Tea Party candidate Chris McDaniel wins and causes even more problems for President Obama.”

According to the accompanying explanation posted at YouTube, where the video was first published by a citizen journalist, the insulting robocall was sent illegally to black Democrat voters in a last ditch effort to sway the June 24 run-off election in Cochran’s favor. Earlier this month, National Republican Senatorial Committee (NRSC) spokesman Brad Dayspring told NBC News that they are “all in” for Cochran.

In February, Cochran,  told WLOX in Mississippi that “The Tea Party is something I don’t really know a lot about.” Evidently, he has learned quite a bit about the Tea Party in the last three months and has made the determination that they are racist.

Another item that can be filed in the “Things Senator Thad Cochran Didn’t Know” category was the historic defeat of House Minority Leader Eric Cantor to Tea Party challenger, newcomer Dave Brat earlier this month. As reported at Mediaite, who transcribed a portion of an interview with Kyle Rothenberg of Fox News:

COCHRAN: I don’t know what you’re talking about. What happened in Virginia?
FOX NEWS: With Eric Cantor losing his seat.
COCHRAN: Well, I haven’t really followed that campaign very closely at all.
FOX NEWS: Really?
COCHRAN: Really.
FOX NEWS: So you have no comment that you want to make?
COCHRAN: No, I can make a comment. You asked me what happened, I don’t know. I didn’t follow that campaign very closely.
FOX NEWS: Well, Eric Cantor lost his seat and Majority Leader.
COCHRAN: Yeah, well, that happens. You know, members of Congress, some win, some lose.

Ben Jacobs of the Daily Beast, however, confirmed that Cochran had been answering questions about Cantor a mere ten minutes before the exchange with Fox News, as well as the day before.

Listen to the audio of the robocall here: