The image below is photoshopped, but the sentiment is not. In her behavior to date, Lois Lerner, former director of the IRS Exempt Organizations Unit, has given the nation a middle-fingered salute. She has appeared twice before the U.S. House of Representatives and, twice, has refused to testify on what she knows about the targeting of Tea Party and conservative groups seeking exempt status. On May 7, she was found in Contempt of Congress for her role in the IRS scandal and likely stonewalling.

On Thursday, Ernest Istook opined in the Washington Times that Lerner should be arrested and confined until she testifies in full. That would happen only if the administration needed a scapegoat. At his point it does not because the mainstream media has given tacit approval of the administration’s targeting of selected political groups. As Kyle Smith writes in the New York Post:

Today the media’s reasoning is roughly as follows: The IRS went after some conservative groups and is engaged in an illegal coverup. We also don’t like these groups, also believe they deserve special scrutiny, and also think there’s something inherently shady about conservatives (but not liberals) who try to buy political influence. If White House staff says they weren’t involved we’ll take their word for it. Pardon us if we’d rather cover something more relevant to American lives today. Like the 82-year-old name of the football team that plays in DC.

Whatever happened to leaked CIA station chief and to his leaker?
Next Post
Video: Obama regime considered paying ransom for Bergdahl 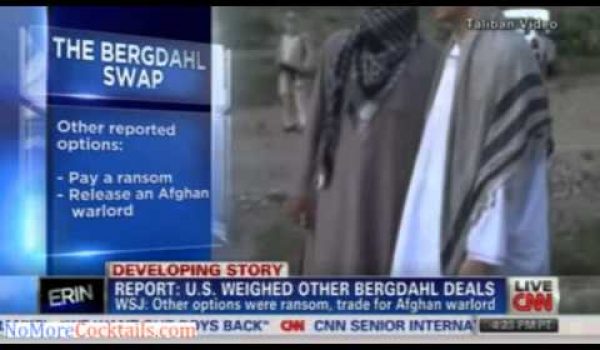