President Obama has decided that he will rule via executive fiat (aka, using “his phone and his pen”). Commentators will tell you that constitutionally Congress has two options, impeachment and cutting off funds. As Ben Shapiro explains in his new book “The People vs. Barack Obama: The Criminal Case Against The Obama Administration,” there is a third option: Go after him legally.

We know what happens when the Congress turns off funds (remember the shutdown?), and as Shapiro writes in the book,

“Impeachment is rarely used – in the entire history of the United States, there have been just 19 House impeachments, and just eight of those ended with full removal after a Senate trial. No doubt the founders intended impeachment to be utilized far more often than it has been…But in practice, impeachment has been a failure.”

In 1970, in an attempt to curb organized crime in general and the mafia in particular, Congress passed the Racketeer Influenced and Corrupt Organizations Act, also known as the RICO Act. !e goal of RICO is to make it easier for prosecutors to cast the net in indictments, placing evidence in “the broader context in which the crime was committed, along with the pattern of conduct that led up to the crime,”

…Congress expressly worried in the RICO law itself that organized crime was using its money and power to ‘subvert and corrupt our democratic processes.’ Clearly, those worries were understated. Now the chief threat to the democratic process comes not from the mafia but from within the government itself.”

In the book, Shapiro lays out a seven-count indictment in a way the non-attorney can understand. And while Ben explains that it is doubtful that Eric Holder would ever bring a criminal RICO charge against Obama, a criminal indictment is not the only way to use RICO:

As the Supreme Court has written, the goal of civil RICO filings is to deputize the public to enforce the law against corruption, to make citizens into “ ‘private attorneys general’ on a serious national problem for which public prosecutorial resources are deemed inadequate.” Plaintiffs in civil RICO actions must show by a “preponderance of the evidence ”that defendants bear guilt. That’s different than “beyond a reasonable doubt”—it’s a much lower burden of proof.

Whether one plans on taking the administration to court or not, Shaprio’s book is a “must read.” It clearly presents the “sins” of the Obama administration in a clear and concise way, which I have never seen previously. This book is not just a good read, but a book that you will refer to over and over. 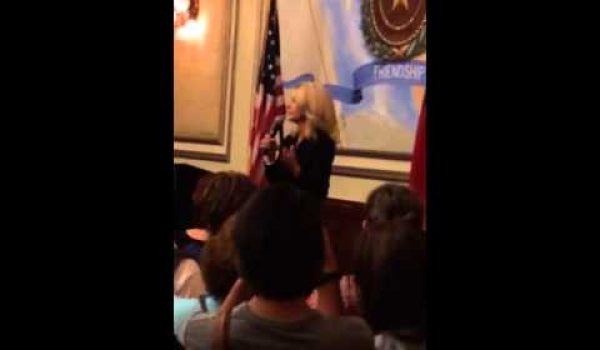 Wendy Davis: Republicans dislike ‘people who don’t look like them’
Next Post
Brat: Comparing Cantor to Reagan ‘insult’ to Reagan