The Iota Chi chapter of the Phi Gamma Delta fraternity at the University of California at Irvine uses the frat’s well-over-a-century-old nickname “Fiji,” a play on the fraternity’s first two Greek letters. Nonetheless, a small group of students at the Southern California campus is demanding the school’s administration force the fraternity not only drop their nickname, but also to dump their tropical island-themed annual charity fundraiser.

As reported by Campus Reform, alarm bells are going off in the faculty lounge over the charges of racism, white male hegemony, and various and sundry other acts of cultural appropriation.

Someone really needs to get lei’d…

The 120-year-old nickname has proved quite disconcerting to Fijian student Save Gasaiwai, who released an on-line statement in conjunction with the Asian Pacific Student Association, decrying not only the nickname as racist, bu the fraternity’s FIJI Islander week-long series of fundraisers where a handful of students sport grass skirts and coconut bras, as culturally unacceptable.

According to the miffed Melanesian, Phi Gamma must immediately cease and desist “acts of cultural appropriation that hurt marginalized People of Color communities because they maintain and fortify white male hegemonic structures.” To hammer his point home, Gasaiwai put his mastery of the English language on display when he demanded, among other things:

Tell members of your organization to stop wearing our traditional/cultural attires, they don’t know jack sh*t about its cultural significance.

Faculty leapt into action almost immediately. UCI spokesperson Cathy Lawhon stated that “the charity event has prompted the school to have a ‘series of ongoing discussions and fraternity leaders’ about cultural sensitivity,” adding:

The administration and student affairs is using it as an opportunity to show to fraternities what cultural appropriation is and how they might be more sensitive, to be able to have their week of philanthropy that ends in a social event without offending others.

Not quite the bastion of Caucasian domination as depicted, the UCI chapter of the offending frat is ethnically comprised more by members whose lineage hails from South and East Asia than those whose bloodlines originate in the cool climes of Northern Europe. As referenced by the listing on their official website, members of European heritage are actually in the minority.

Noteworthy of the fraternal organization, despite surnames ranging from China and India to Equatorial Africa and Ireland, the members made a point of referring to each other as “brother.” On the other side of the coin, according to UCI’s official website, there are well over 28,000 students enrolled. Meanwhile, the local newspaper, The Daily Pilot, referenced a mere 28 students who identify themselves as Native Hawaiian or Pacific Islander.

With a special emphasis placed on forcing Phi Gamma to stop FIJI Islander Week, there are a number of philanthropic endeavors the fraternity was involved with revolving around the islander-based charities.

FULL DISCLOSURE: The author is of Pacific Islander heritage, a descendant of the Chamorro people of the Micronesian Marianas Islands. 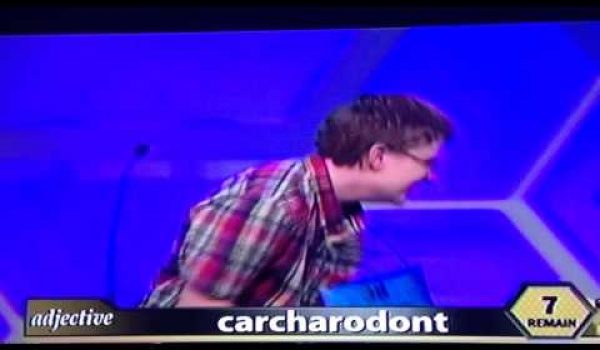 Viral spelling-bee kid: He totally ‘knew it’ before he misspelled it
Next Post
Sgt. Bowe Bergdahl exchanged for five Gitmo terrorists