Some countries just overachieve.  Here we are, not-fighting terror (that war is so, like, five years ago), but rather making really, really strongly worded statements about man-caused disasters.  And along comes one of our own to prove that we can deplore man-caused disasters and perpetrate them at the same time.

According to information coming from jihadist websites, and confirmed by U.S. government sources on Wednesday, the first suicide bombing committed in Syria by an American took place on Sunday, 25 May.  (See also here.)

The American went by the nom de jihad Abu Hurairah al-Amriki.  His birth name and native state haven’t been provided by government officials.  From his photos, he looks like your average git of Northwest European extraction, with a doughy mug and light brown hair.  The photo of him holding a cat is going viral; another image shows him seated, sporting what appears to be a suicide vest, with three other martyrs-in-waiting, sometime before he took off at the wheel of an explosives-laden truck on Sunday.

There’s video, naturally.  (See  below.)  I’m not convinced I can pick out Abu Hurairah al-Amriki in the video, but it reportedly shows his getaway in the truck, and later, what we are to assume is the truck’s fiery end in the Syrian town of Idlib.  Perhaps Abu Hurairah al-Amriki managed to take out a few innocent bystanders in the process of martyring himself.  The video was posted by members of the al Nusrah Front, one of the jihadi factions busy blowing people up in Syria.

According to the Anti-Defamation League, Abu Hurairah al-Amriki is the fourth American to commit a suicide bombing attack for al Qaeda.  But he’s the first to self-detonate in Syria.  He’s also the first to emphasize the “cat” angle – and there actually is one; I’m not just riffing on the photo of him with the cat here.

Because LU is your full-service cultural-political source, you had to know we would have the story.  The original Abu Hurairah, it turns out, was a companion of Mohammed, and was known for a couple of things.  One was his remarkable memory, which enabled him to quote lengthy hadiths.  The other was his affinity for cats.  He took the name Abu Hurairah, which means “Of kittens” (or, variously, “father of kittens”), because of his lifelong affection for cats.  Reportedly, he was known for feeding strays during a stint at the mosque in Medina.

Here is a conversation transcribed from his funeral in A.D. 681:

One of the recent Muslims asked his friends, “Why was our deceased sheikh called Abu Hurairah (R A)?” His knowing friend answered, “In the pre Islamic time his name was `Abd Shams. When he embraced Islam, the Messenger called him `Abd Ar-Rahman. He used to be sympathetic towards animals. He had a cat that he used to feed, carry, clean, and shelter, and it used to accompany him as if it were his shadow. Thus, he was called Abu Hurairah (R A), which means father of the small cat. (HURAIRA)”

I leave it to you, good readers, to decide which was more off his rocker: Elliot Rodger or Abu Hurairah al-Amriki.

Back to square 1? Underwater pings no longer thought to be from MH370’s ‘black box’
Next Post
MSNBC’s Melissa Harris-Perry: NBA is about ‘profit from the sale of black bodies’ 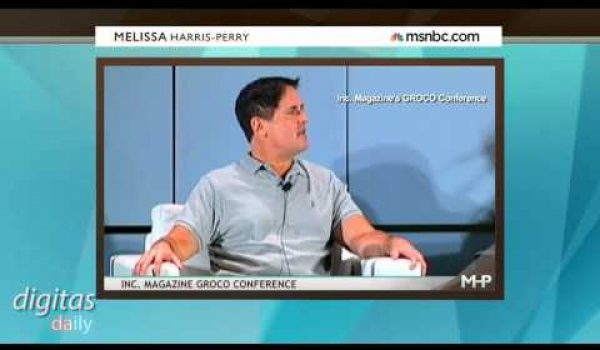