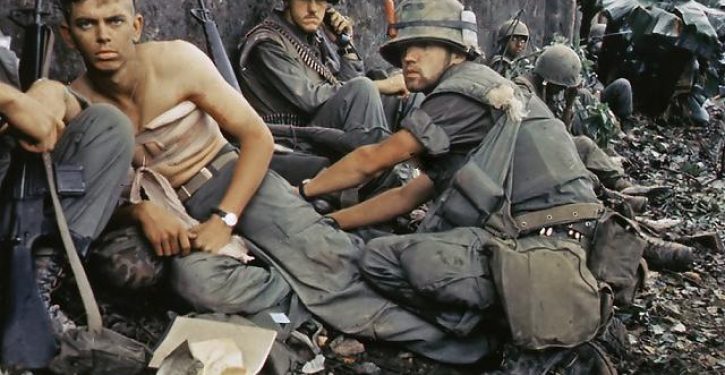 To listen to conservative media watchers, news organs are normally less than objective when it comes to reporting on anything relating to Barack Obama. Even the usually a reliable ally to the White House, Politico.com, has dropped an S-bomb regarding the spreading-like-wildfire Veterans Affairs (VA) controversy. Per Politico’s headline, the situation has officially been deemed a “scandal.”

To make matters even dicier for the Obama administration, the left-of-center Dana Milbank of The Washington Post has come down hard on Obama in a recent op/ed, which referred to him as “President Passive.”

The “Gee, I never thought of that” moment…

In what could be believed to be on the minds of many of his fellow citizens, Milbank asked the obvious: how could Obama be “mad as hell” while stating on live television that he himself wasn’t entirely convinced there were cases of wrongdoing?

Taking from Obama’s first public statements since the story initially broke three weeks ago, Milbank wrote, “If these allegations prove to be true, it is dishonorable. If there is misconduct, it will be punished.”

So who uses the VA?

While most Americans believe a majority, if not all veterans, turn to the government’s Department of Veterans Affairs for medical treatment, it’s actually a minority of those who have ever been in uniform of their country. Of that demographic, it’s generally the lower end of the economic spectrum who use the VA.

Requirements for authorized use of VA medical facilities are fairly basic and simple. With certain exemptions, such as those who have been awarded the Purple Heart or have held as a prisoner of war, all that’s needed is to serve for 24 consecutive months and a discharge other than dishonorable. Yet retirees, both officer and enlisted overwhelmingly use the Department of Defense’s TRICARE health care program, which is offered at extra cost withheld from the retiree’s pension based on the rank held at the time of separation from active duty.

Less than 1 in 6 on active duty remain for a full 20 years, so the overwhelming majority of veterans have to rely either on non-governmental health care insurance or the VA proper. Yet the VA has placed “income thresholds” that ensure that those who have achieved financial success in the civilian world are ineligible for VA care.

Not many companies hire double amputees…

The newest generation of disabled veterans has come to discover what vets who went before them have always known. As Milbank writes:

‘If somebody’s mismanaged or engaged in misconduct,’ Obama said, ‘I want them punished. So that’s what we’re going to hopefully find out from the — from the IG report as well as the audits that are taking place.’

But Obama doesn’t need an IG to tell him ‘if’ there has been mismanagement and misconduct. He needs only his eyes and ears.

FULL DISCLOSURE: The author is retired from the U.S. Marine Corps, and does not use the Department of Veterans Affairs hospitals or clinics.

Parents of third-graders upset by teacher’s ‘pay to pee’ rule
Next Post
Cartoon of the Day: Bigot spotting