Maryland Gov. Martin O’Malley courted controversy when he vetoed a bill that would have prevented a wind farm from being built near Patuxent River naval air station despite worries that the turbines could cause radar problems for the base.

O’Malley, a Democrat, said that signing the bill would have sent a “chilling message” to the green energy industry. Environmentalists cheered the move, saying it was a win for the environment and Maryland jobs.

But O’Malley’s veto came against the even the wishes of his own party. The bill would have delayed the wind farm’s construction until the completion of a study on how it would impacts Patuxent River’s radar testing for stealth aircraft. It passed with a veto-proof majority in the Maryland state legislature, reports the Washington Post, as it was backed by Republicans and Democrats.

U.S. House Minority Whip Steny Hoyer also had some harsh words for O’Malley. Hoyer warned of potential conflicts with the naval base that would be just across the Chesapeake Bay from the planned wind farm. In a statement last week, Hoyer wrote:

I am deeply disappointed by Governor O’Malley’s veto. This veto fails to demonstrate Maryland’s strong commitment and support for the mission of Patuxent River Naval Air Station.

Hoyer said that Patuxent River is too important, as the base supports 20,000 jobs and contributes $7.5 billion to Maryland’s economy. He urged O’Malley to wait for the Massachusetts Institute of Technology to complete its study on the effects the turbines could have on radar, which the Navy has already spent $2 million on.

Pioneer Green Energy’s (PGE) proposed wind farm would consist of 25 wind turbines in Somerset County. The Post reports that PGE thought it had come to an agreement with the Navy that “would protect the radar capabilities at the Patuxent River base, simply by turning the turbines off during test flights.”

But Hoyer convinced Maryland lawmakers to pass a bill to delay the project late in the legislative session. The bill delayed all wind farms being built within a 56 mile radius of Pax River — this included PGE’s wind farm in Somerset County.

The Department of the Navy recently stated, ‘wind turbines within the line of site of the Advanced Dynamic Aircraft Measurement System will have an adverse effect on critical flight tests,’ and the proposed agreement between Pioneer Green and the Navy is ‘still under review and has not been approved by the Navy.’

I urged that the legislation be signed into law so that the Massachusetts Institute of Technology would have sufficient time to determine whether available technologies can be deployed to mitigate the adverse impact of the proposed Somerset County wind project that the engineers at Pax and MIT say will adversely affect the capabilities of Pax River’s radar testing range.

But O’Malley, who is considering a presidential run in 2016, is unlikely to do anything to stop green energy development and risk losing environmentalist support in his bid for the Democratic nomination. Said O’Malley:

The real threat to Pax River is not an array of wind turbines on the lower Eastern Shore, but rising sea levels caused by climate change. If this moratorium were to take effect, it would send a chilling message to clean energy investors, developers, manufacturers, construction firms, engineers and sustainable businesses that the state can change the rules in the eleventh hour.

Maryland legislators are still considering whether to meet back in Annapolis for a special session to override O’Malley’s veto.

Embattled school district head cries racism, fears students will have to use paper, pencils
Next Post
Video: How mad is Obama? 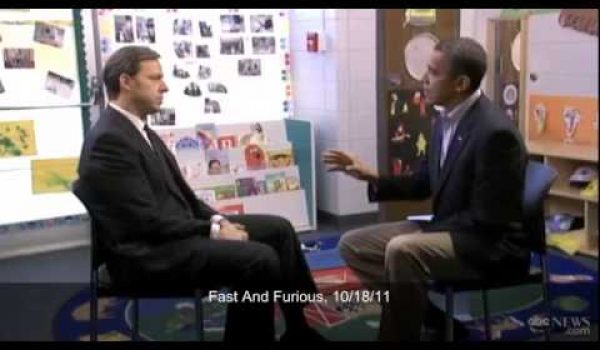