So said House Minority Leader Nancy Pelosi during her weekly press conference Friday. In the video that follows, she solemnly reads aloud the names of the four Americans who died in Benghazi on Sept. 11, 2012 in a mob attack based on an offensive video terrorist assault, then claims:

Two of their families have called us and said, ‘Please don’t take us down this path again. It’s really hard for them. It’s very sad.

Let’s examine the likelihood that this happened. First of all, as IJ Review notes, why would families of the Benghazi victims call the Democrats to make this request when (1) the Select Committee that will investigate the events at the U.S. Consulate was established by the Republicans, who control the House, and (2) Pelosi has already made it clear she has no intention of cooperating in the investigation?

Also, there are only four families involved, and Pelosi presumably knows their names since she recites them in the video. Why not say which families made this request?

The Huffington Post breathlessly reported on Friday that the office of New York Rep. Louise Slaughter (D) confirmed that a family member from the maternal side of Tyrone Woods’ family called on Thursday to ask that the probe be canceled. Even if this is true — and there’s more than ample reason to doubt that such a call ever came in, especially with respect to Pelosi’s track record as a truth teller — Michelle Malkin raises this trenchant question:

If two family members not wanting to move forward with a continuing investigation is reason enough to call the whole thing off, what does Pelosi say to those family members who don’t buy what the administration’s told them (Tyrone Woods’ father and Sean Smith’s mother among them) and want Congress to keep investigating? 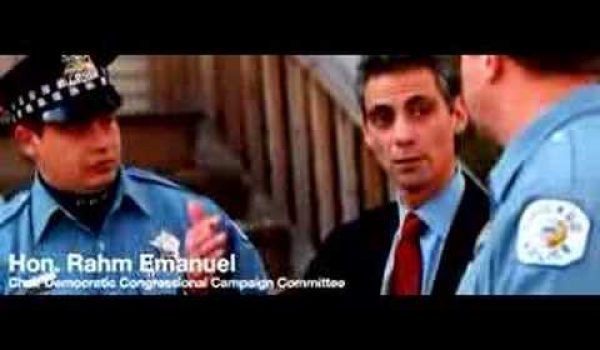 Before railing out at GOP for fundraising off Benghazi, Dems should look in the mirror
Next Post
Picture of the Day: If only…!