All state Obamacare exchanges but one failed to meet the percentage of young enrollees experts considered necessary to keep premiums low, despite the surge of sign-ups the last month.

Washington, D.C. took an early lead in signing up young people, likely due to the requirement that congressional staffers purchase insurance on their exchanges, and at the end of the enrollment period, it remained the only state to reach the 39% threshold for a healthy enough exchange. Forty-five percent of sign-ups were between the ages of 18 and 34.

Apart from the capital, not one state made it even close. Utah was the only state to reach one-third young invincibles. Youth sign-ups were at or below 25% in 15 states; only 13 states reached 30% or above.

The success of Obamacare exchanges can be boiled down to just a few parameters: the overall number of enrollees and their health. Young people are generally healthier and use health care services less often — but due to Obamacare provisions banning insurers from setting premiums based on age, young people are paying more to subsidize older enrollees. Their participation is vital to keep premiums low for everyone else.

That hasn’t happened, and the repercussions for each state will vary. West Virginia’s exchange came in dead last for youth sign-ups at 19%. Hawaii has 20%; Arizona 21%; Oregon, Vermont and Maine came in at 22; Kentucky and New Mexico signed up 23%.

The percentage of young sign-ups isn’t definitive, but it is a good indicator of how healthy the exchanges will be. But early reports have already indicated that the exchange pools are sicker than the population of those who purchase private coverage.

A report from Express Scripts, the largest pharmacy benefits provider in the country, found that exchanges enrollees whose coverage was active in January and February use specialty medications at much higher rates than people in commercial health plans — a clear indication that at that point in time, the exchanges were attracting less healthy customers.

Customers who signed up right away were more likely to be sick, however, and need health insurance right away than those who waited until the last several weeks to purchase coverage. But while there’s a possibility that healthier sign-ups came in at the end of the enrollment period, the hoped-for surge of young enrollees failed to materialize.

By January, when the first demographic data was reported, 25% of Obamacare sign-ups were between 18 and 34 years old — today’s 28% youth participation is not significantly higher.

It’s also possible that the age distribution will change for each state after an expected 15-20% of sign-ups opt not to purchase their health insurance plan. Healthier individuals who don’t expect to use their insurance may disproportionately change their minds about buying pricey coverage in the end.

It’s not yet clear whether insurers will hike premium rates for 2015 plans yet. Proposed rates for next year’s open enrollment period are due at the end of May.

Cartoon of the Day: They don’t call it knee ‘jerk’ for nothing
Next Post
Cenk Uygur goes ballistic over FOX and GOP views on Benghazi, unleashes torrent of f-bombs 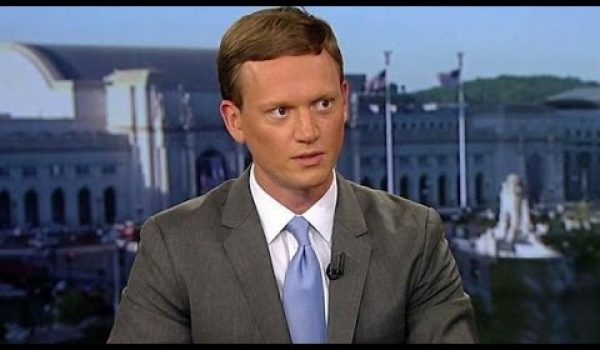