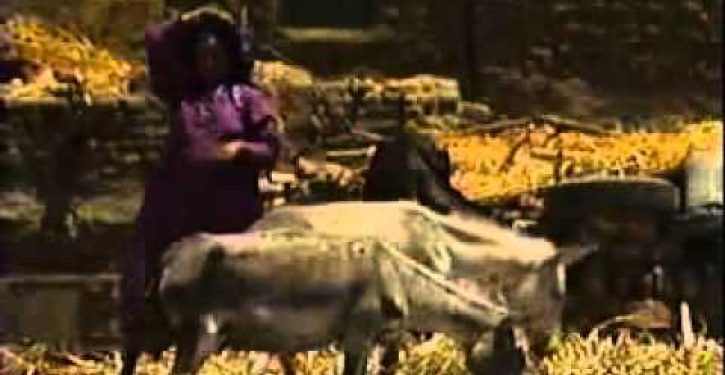 Chicago public schools are set to introduce a new Afrocentric curriculum, according to a closely guarded copy obtained by The Daily Caller News Foundation.

The curriculum covers kindergarten through tenth grade and is designed to align with Common Core. It includes a web link to TheAfrican.com, a website whose publisher decries “fake-Jews” and calls the United States a “Zionist-occupied enemy territory.”

The site also claims that the world will end sometime this year and that President Obama is “merely another trick of [the beast of the 4th Kingdom].”

CPS began developing IAAAS after a push last year from groups that wanted to implement a state law passed in 1990 that required public schools to offer one unit on African-American history.

But CPS went above and beyond, implementing the curriculum across all core disciplines, which include literacy, mathematics, science, social science, the arts and physical education and health.

The law said it had to be one unit devoted to the history of African-Americans. What we’ve done is we’ve taken it throughout the year for all subjects, not just one subject.

In the book, Bernal reprises the worn-out myth that ancient Greeks stole much of its civilization from Egypt, which, the author asserts, was populated by blacks. The Chicago curriculum entertains rebuttals to Bernal’s theory but skews heavily in its favor.

Ron Fritze, a historian, dean of Athens State University, and author of the book “Invented Knowledge,” says that Bernal’s theories are not historically accurate and have no place in Chicago schools:

As a historian and an educator, I am very troubled by the notion of [students] in Chicago city schools spending five weeks on Bernal’s ideas.

His ideas are outliers of scholarship and have been largely discredited among other scholars.

Fritze says that while most of Bernal’s critics had proven expertise in Classical studies, ancient history, and Egyptology, most of his supporters were not specialized in those fields, adding, “But they were people who found his ideas to be politically attractive.”

Chicago fifth-graders will be exposed to another controversial and widely-criticized theory in Ivan van Sertima’s “They Came Before Columbus.” Van Sertima, who taught at Rutgers University, theorized that Africans populated the Americas well before Columbus.

Fritze is critical as well:

I and most historians of exploration consider ‘They Came Before Columbus’ to be very wrong in its contentions about African voyages to the Americas.

Nevertheless, the IAAAS curriculum provides a unit on the work that includes links to 7-part video series. Part 1 follows:

Laid out in the curriculum are pictures with arrows drawn to help guide teachers’ lessons. One asks, “Is the water under the ‘boat’ telling us that these people traveled over the ocean from a place with pyramids?”

CPS initially denied TheDCNF’s request for a copy of the curriculum, made last year, citing the fact that the curriculum was still a preliminary draft. But last December, Byrd-Bennett made a presentation using slides taken from the IAAAS curriculum. State open-records laws require officials to release records of preliminary drafts when those records have been discussed in a public forum.

The Chicago curriculum does focus heavily on well established history and events — including discussions on slavery, the histories of black inventors, the civil rights movement and President Obama.

But other sections also delve into other controversial areas. The eighth-grade literacy section unit, titled “Being an Advocate to Social Justice,” directs students to the website for the American Civil Liberties Union. It also includes a poem titled “Racism is Around Me Everywhere”, cartoons from the website LeftyCartoons.com, and it encourages discussion of Attorney General Eric Holder’s infamous “nation of cowards” quote.

The ninth-grade literacy section encompasses a study of the Pan African Movement. Teachers are encouraged to engage their students in debate over voluntary segregation. From the curriculum:

Have someone read the following resolution, Resolved: voluntary segregation promotes growth in a diverse community. Teams then participate in a graded formal debate.

Tenth-graders are introduced to “critical race theory,” which holds that institutional racism and white privilege are pervasive throughout society.

A request for comment from Chicago Public Schools was not returned.

This report, by Chuck Ross, was cross-posted by arrangement with the Daily Caller News Foundation.

Don’t believe the spin: Obamacare is still a loser
Next Post
The epic hypocrisy of lefty billionaire Tom Steyer