In the very city where the surviving Tsarnaev brother will stand trial for the murder of four and wounding hundreds in the April 15, 2013 Boston Marathon terrorist attack, one of the more senior Obama Administration security officials has called on American parents to monitor their children for signs of incipient terrorist tendencies.

The Daily Caller reports that Lisa O. Monaco, assistant to the President for Homeland Security and Counterterrorism and a Boston native, recently delivered a speech at Harvard’s Kennedy School of Government. Titled “Countering Violent Extremism and the Power of Community,” the speech admonished parents from South Boston to San Diego to watch their children closely for telltale indications that might on the verge of embracing violent extremism as a future career choice.

In case her warning caused undue angst among audience members, Monaco reassured them that Obama “has been laser-focused” on preventing “violent extremism” “by homegrown violent extremists” already here “in the United States.” Still, she emphasized, the commander in chief can’t do it alone, adding that he needs “local communities” to be on the lookout for “warning signs a person was becoming radicalized to violence.”

Calling on parents, teachers and friends alike to monitor the acts, speech and behavior of those closest to them, Monaco advised:

For instance, parents might see sudden personality changes in their children at home becoming confrontational. Teachers might hear a student expressing an interest in traveling to a conflict zone overseas, or friends might notice a new interest in watching or sharing violent material.

As per Monaco’s testimony at her confirmation hearing before the U.S. Senate in 2011, she apparently has never been married or has any children of her own.

Curiously, Monaco failed to mention that the brothers responsible for the Marathon bombings — Tamerlan Anzorovich Tsarnaev (deceased) and 20-year-old brother Dzhokhar Anzorovich “Jahar” Tsarnaev — were not products of a typical American childhood,

Yet, she did manage to factor the name of 73-year-old Frazier Glenn Miller into her speech. Reportedly a former member of the Ku Klux Klan, Miller was recently arrested following a shotgun shooting spree in suburban Kansas City at two different Jewish centers that killed three.

Video: Michele Fiore takes on MSNBC’s Chris Hayes over #BundyRanch
Next Post
Easter greetings for an America in search of renewal 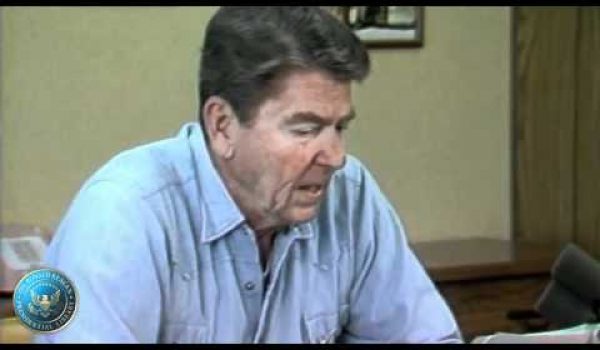